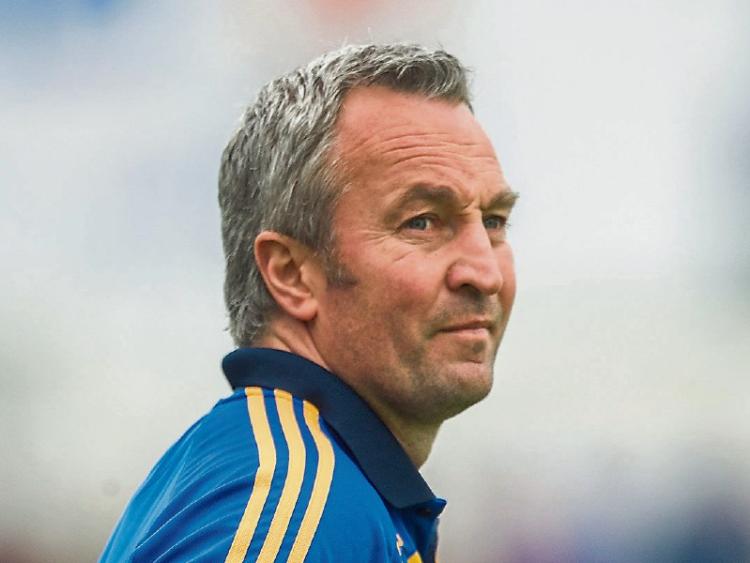 Tipperary hurling manager Michael Ryan says he won't be pressing any panic buttons after his team's defeat by Clare in Sunday's opening game of the National Hurling League.

Tipperary manager Michael Ryan was upbeat about his side's performance in Sunday's Allianz National Hurling League opening game in Cusack Park, Ennis, despite coming away from the venue empty-handed following a 5-points defeat.

The Upperchurch/Drombane man said it wasn't the time just yet to start pressing panic buttons – after all, it was still only the month of January.

"Clare have the points as well as the performance, but we have a decent performance so we certainly have had a very good start from both teams", he stated.

"From our perspective we would liked to have got the two points on offer but you couldn't argue with Clare's performance. For the 28th January, I thought it was a great performance from the two sides.

"It puts us under a little pressure but we love that. That's what we thrive on. It rolls on next week to Waterford and we are both in the same situation in that they didn't get points either today,” Mick told the media after the game.

While Tipperary's performance might have been "decent",  as the manager labelled it, it still highlighted the fact that there are deficits in some positions.

But the league has been earmarked by management as a means to establishing a strong panel and the only way to do that is to look at different players in different positions.

“It really does take some careful planning but at the end of the day the fundamentals are that we have to build a strong panel that is going to compete week after week and repeat it once the National Hurling League is over.

"We won't be pressing any panic buttons. There will be a lot of hurling played before we get to find out who will be in the league quarter finals. We had five rounds to do it but it is down to four now.

"We don't know who will take points from whom but we have to be measured this year. We got our full complement of twenty players on and we had a few debutants on the pitch.

“It was a baptism of fire out there – that was a really good Clare side. The ask was big but that's the whole purpose of trying to gather up points wherever we go, and trying to expand our panel at the same time,” he said.

This week the emphasis in the Tipperary camp is all about recovery and work. Recovery will be measured for those who saw game time on Sunday, and the work element will be calculated to ensure that those were who idle against Clare will not fall behind.

Tipp will need to be as fresh as possible for the Waterford challenge on Saturday evening and there is a greater emphasis now on winning that game, especially on home turf.

“We will try to have the twenty (players) we are going to use as fresh as we can. So it's both recovery and work for us this week and that's the tricky bit – getting that right.

“It will be a little bit of a cup match on Saturday. This league is going to throw-up games like that -potentially, either one of us could have zero points after next week and neither of us wants that,” Mick says.

Tipperary, like most other counties, have to contend with Fitzgibbon Cup games this week also and the manager insists that player welfare must be a priority, with so many games to be played.

“We have a responsibility to look after the players and make sure that they are as fresh as can be, and ultimately, to mind them. Every other management team will think the same. They are our assets and we have to manage them as best we can,” he says.

Managing the players and getting the balance right will be the trick. On the one hand you need as strong a team as possible on the pitch to help gather points – on the other hand consideration must be taken of the number of games for which some of the players are togging out. And account must also be taken of the need to try out new men in order to bolster the panel.

When these three elements are thrown into the mix, it's easy to see how the league campaign will result in much debate and discussion inside and outside the panel.