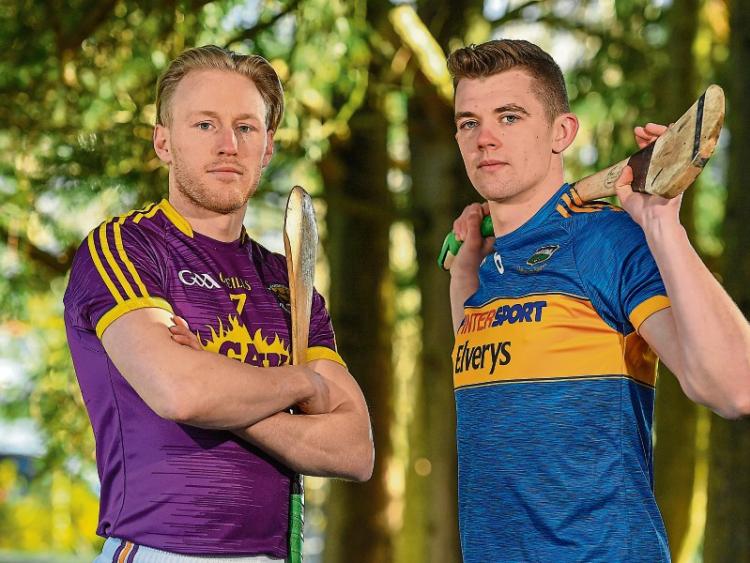 Wexford's Diarmuid O'Keeffe and Tipp's Ronan Maher will be in opposition in Saturday evening's Allianz National Hurling League, Division 1A game at Semple Stadium, which throws in at 7pm.

Last year Wexford got a bounce from Davy Fitzgerald's appointment as manager and this year they've picked up where they left off.

They've made an encouraging start to the season, their  wins over Waterford and Cork being driven by strong performances from Lee Chin, Paudie Foley, Aidan Nolan, Paul Morris, Liam Ryan and Diarmuid O'Keeffe.

Their supporters are buying into the Davy factor too. The team was supported by an attendance of 7,300 at Wexford Park when they beat Cork by 0-21 to 1-14 in their last game and can be expected to bring a sizable following to Thurles with them this weekend.

Whether that blistering early season form can be sustained throughout the year, when the sod hardens and other teams catch up in their preparations, is a moot point.

"If there's one team in the country that has its tails up at the moment it's Wexford.

“And it's fabulous to see, we're all hurling enthusiasts. Davy, wherever he goes, that's exactly the reaction he always generates.

"With Davy coming to town you can be sure it'll be an interesting affair".

Interesting was a word that could be applied to the last meeting of the teams.

That was the league semi-final in Nowlan Park last April, a game that Tipp eventually won in some comfort by 11 points.

Midway through the first half Davy Fitzgerald took it upon himself to walk onto the pitch to protest against the awarding of Tipp's second goal and became involved in heated exchanges with a few Tipperary players, most notably  Jason Forde.

The Silvermines player was one of his team's best players in the 1-20 to 1-11 defeat of Waterford in their last outing, a result that got their season motoring following an opening day defeat by Clare, and he finished top scorer with a haul of 1-9.

Given the events that unfolded at Nowlan Park last year, he's a player with a point to prove on Saturday.

Forde is one of a handful of Tipp players who were in Fitzgibbon Cup action this week, along with John McGrath, Patrick 'Bonner' Maher and Barry Heffernan.

All four were on the University of Limerick team that beat IT Carlow by 4-16 to 0-19 in the Fitzgibbon Cup semi-final.

As they prepare to select their starting line-up, the Tipp management have enough to occupy their minds without wondering whether the Wexford boss will stage another pitch incursion this weekend.

Dan McCormack and Joe O'Dwyer are expected to miss the remaining group matches in the league against Wexford, Kilkenny and Cork after they were injured in the opening eleven minutes of the win over Waterford a fortnight ago and underwent minor operations a few days later.

It was initially feared that Borris-Ileigh's McCormack had suffered a season-ending cruciate ligament tear. However the injury was subsequently diagnosed as minor cartilage damage and he's expected to be out for between four to five weeks.

Killenaule's Joe O'Dwyer, meanwhile, has a broken thumb and is expected to miss between six and eight weeks.

They join long-term absentee Seamus Callanan, who underwent a back operation last month, on the sidelines.

On a brighter note Thurles Sarsfields defender Michael Cahill has rejoined the panel, having missed several weeks because of exam commitments.

Saturday's game will be televised live by Eir and the referee is Westmeath's James McGrath.