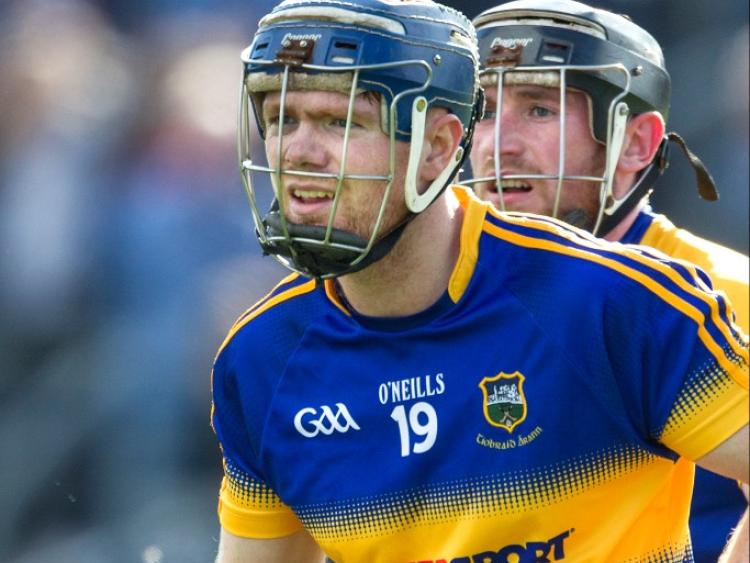 Jason Forde was the top scorer with 2-9 when Tipperary beat Wexford in the National Hurling League on Saturday evening.

They might not have repeated the 11-points margin that they enjoyed when they defeated the same opponents in last year's semi-final.
But Tipp's 6-points victory over Wexford, the unbeaten table toppers, in Saturday evening's National Hurling League game at Semple Stadium suggests that last year's beaten finalists are capable of going deep again in this year's competition.
In an entertaining encounter witnessed by an attendance of 8,358, Tipp were ahead by seven points at the break, and the advantage was stretched to eight when Jason Forde had his and the team's second goal eight minutes into the second half.
As the half wore on Tipp appeared in no danger of surrendering their healthy lead - until Wexford struck five points without reply to leave just four points between the sides.
The gap was down to just a goal when Lee Chin found the target from a '65 in the second of three minutes of injury time.
However Tipp made the game safe when Patrick 'Bonner' Maher won possession and cut in from the right wing to score a tremendous goal.
Tipp were grateful to two marvellous saves that goalie Darragh Mooney made from Conor McDonald, as Wexford pressed hard in the closing stages.
And Wexford will also rue the four frees that their best player, Lee Chin, missed in the second half.
Starring roles were played for Tipp by Jason Forde, who finished as top scorer for the second match in a row, this time with 2-9; Padraic Maher, who was outstanding at centre back, and hit a late steadying point; and Darragh Mooney.
There were also handsome contributions from defenders Donagh Maher (a late replacement for Michael Cahill), Sean O'Brien and Barry Heffernan, while Patrick 'Bonner' Maher and Sean Curran also shone.
As Tipperary took some time to find their feet, Wexford raced into a three-points lead within four minutes of the throw-in, thanks to scores from Lee Chin's free after 50 seconds, and two points from play from Kevin Foley.
Sean Curran opened Tipperary's account with a point in the 6th minute, before Conor McDonald restored Wexford's three-points advantage.
A great point by Lee Chin had Wexford ahead by 0-5 to 0-3, before Tipp pounced for a goal. When the Wexford defence, under pressure from John McGrath, failed to clear its lines, Sean Curran sent a pass across the face of the goal that Jason Forde smashed to the net in the 13th minute, to put his team ahead for the first time.
Wexford, however, were back in front five minutes later when Aidan Nolan beat Tipp 'keeper Darragh Mooney from a penalty, after Lee Chin had been dragged to the ground by Barry Heffernan.
Paul Morris' free put Wexford in front by 1-7 to 1-4 after 20 minutes.
However Tipp then gradually found their rhythm and scored the next six points to lead by 1-10 to 1-7. Wexford responded with a converted free from Lee Chin, but by now they had lost much of the sparkle that had been so evident in the early stages.
Tipp finished the half with a flourish, with further scores from Noel McGrath, a Jason Forde free, Barry Heffernan, Donagh Maher and Michael Breen to lead by 1-15 to 1-8 at the midway stage.