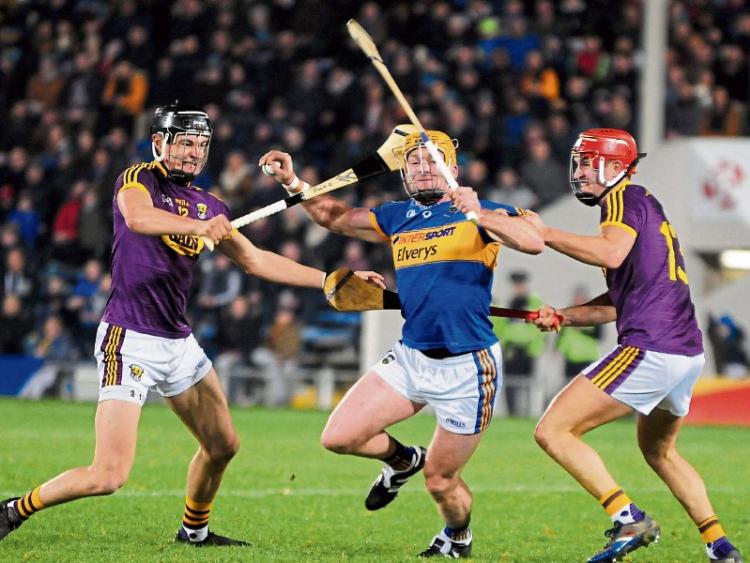 According to manager Michael Ryan, Tipperary won't be calling on their four University of Limerick players for Sunday's Allianz National Hurling League game against Kilkenny at Nowlan Park (2pm).

Jason Forde, John McGrath, Barry Heffernan and Paul Maher (Kilsheelan/Kilcash) will all be in action for UL in Saturday's Fitzgibbon Cup Final against DCU in Mallow.

Speaking after last weekend's win over Wexford, Tipp boss Ryan said "we've to let them off, they won't feature next weekend.

"The facts are the facts, we can't play them twice in 24 hours, we're carrying a fine panel. Those guys need game time too.

"We hope UL win it. It's a great competition, that's the next best to what we're at here, as far as I'm concerned. I look through that UL team sheet and it's very strong".

Jason Forde in particular has been in a rich vein of form. He scored 5-16 in UL's run to the Fitzgibbon Cup Final and has been Tipp's top scorer in their three games, the defeat by Clare and the wins over Waterford and Wexford, hitting a combined total of 3-27.

He seems to be thriving with the extra responsibility that has been thrust upon him in the unfortunate absence of Seamus Callanan, who underwent back surgery last month.

His haul of 2-9 against Wexford last weekend included 8 frees and a point from a line ball, and he missed just one free. His first goal in particular was clinically executed. Ten months after the controversial league semi-final between the teams- when he was suspended for Tipp’s championship game against Cork following an altercation with Wexford manager Davy Fitzgerald - he made headlines for all the right reasons against the Slaneysiders.

Forde has yet to fulfil the potential he showed as a teenager but his time could have arrived at last.

"He's an exceptional finisher, he's proven that yet again, and he's very good from the frees as well", said Michael Ryan.

"It's great to see a guy get himself into that kind of shape as well, that he's very comfortable.He's fighting hard for a jersey".

Assessing Barry Heffernan's performance, the manager said "he didn't have a great start on Lee Chin - he's a formidable hurler, he really is a class act - and I thought they had a great battle between them in the first half. I thought Barry edged it coming up to the end of the half. You can't buy that experience, it's really good".

Meanwhile, reports of Kilkenny's demise appear to have been exaggerated, after they beat Waterford by 1-20 to 1-12 in Walsh Park on Sunday to record their first win of the campaign.

TJ Reid was their top scorer with 1-11, including a very well-taken goal. They also had notable performances from newcomers Martin Keoghan (who hit five points from play) and Pat Lyng, as well as Lester Ryan, Cillian Buckley and Walter Walsh.

Kilkenny will also be without a few players who will be in action in Saturday's Fitzgibbon Cup Final.