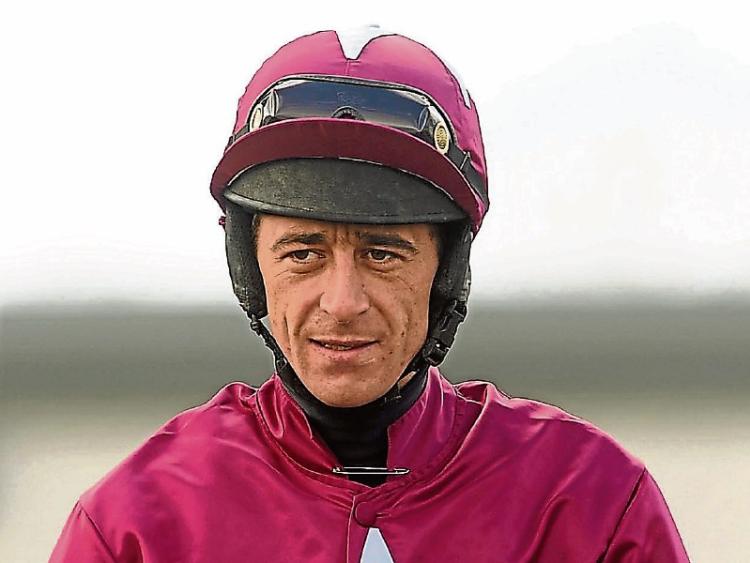 With the 2018 Cheltenham National Hunt Festival now only three weeks away, the excitement for all horse racing fans is mounting waiting for the white flag to be raised for the first race on Tuesday, 13th March.

The festival opener, the Supreme Novice Hurdle will commence four days of the very best of National Hunt racing which will conclude with the Grand Annual Chase on Friday, 16th March. Sandwiched in between will be another 26 top class championship races which make the annual Prestbury Park event the pinnacle of the National Hunt season each and every year.

With all this in mind, St. Mary’s Hurling Club in Clonmel have a magnificent treat in store for all local racing fans - a “Cheltenham Preview Night” which will take place on Tuesday night, 27th February, at the Clonmel Park Hotel.

A star-studded panel of racing experts is lined up to educate and entertain those attending and hopefully pass on some vital information in selecting some winners for the four-day marathon meet.

The five-star panel will comprise of leading trainer Joseph O’Brien an Epsom Derby winning jockey and Melbourne Cup winning trainer, Gold Cup winning jockey Davy Russell (an 18-time winner at Cheltenham including a Gold Cup on Lord Windermere), along with racing pundits Matt Chapman, Kevin Ryan and Gary O’Brien of the “At the Races” crew.

Tickets for the event are on sale at €20 each and are remarkable value at that. Not alone will those who attend have an encyclopaedic bank of knowledge at their fingertips to unlock, but each patron will get a “risk-free bet” worth €25 from Matchbook. In effect every punter backs a 5/4 winner just by coming along. But you need to turn up on the night to avail of the Matchbook offer.

For those who fancy an extra treat on the night, there is also an opportunity to have dinner in the company of the panel beforehand, and according to St. Mary’s secretary, Seán O Súilleabháin, these tickets are going very well. “Dinner is €100 per head and it is being well received by business groups, etc., but anyone can avail of it, small groups, a couple of friends, individuals. It is just an extra dimension to the night,” said Sean.

There hasn’t been a Cheltenham Preview Night in Clonmel for a few years now and St. Mary’s Hurling Club are hoping that the panel they have assembled and the proximity to the Festival, when up to the minute form is available, with lure the punters in. On the night the four-day card will be worked through race by race with the expert panel, and patrons will have their opportunity to put their opinions and questions to the table and have their “cards marked” by those in-the-know.

The club would like to particularly thank Matchbook for the free bet initiative, generously organised by local man Aidan Barry, a member of the Matchbook corporate team. And also thanks to local accountancy firm, J.P. Wynne, whose company SportsTax are assisting with sponsorship of the night. J.P. Wynne’s operations in Ireland are based at Gladstone House (over Holland & Barretts) in Clonmel, and they specialise in accountancy and taxation consultations for amateur and professional sports persons, including the likes of leading jockeys Davy Russell and Wayne Lordan. 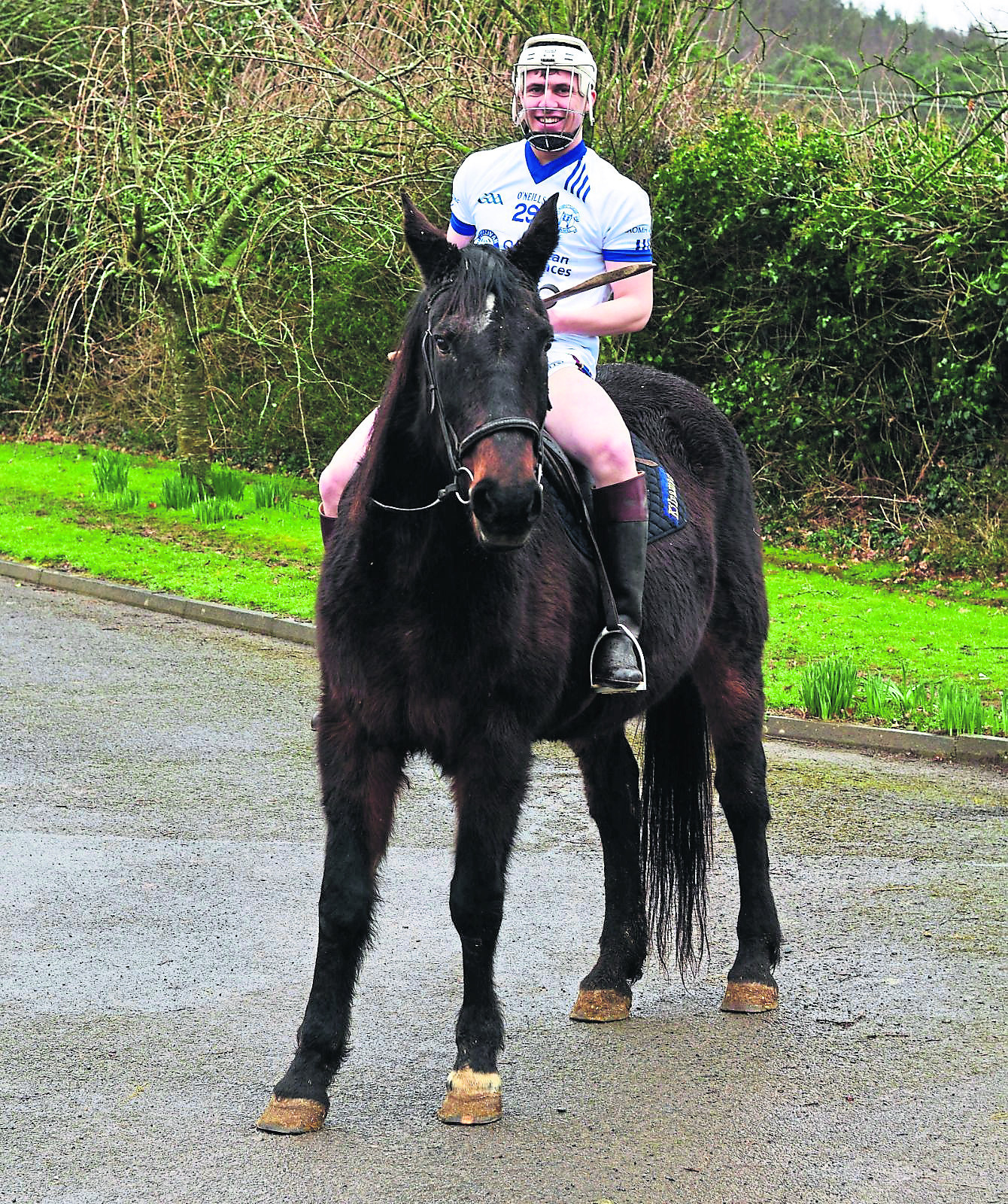 “St. Mary’s Hurling Club are delighted that Matchbook and Aidan, and SportsTax and J.P., two leading lights in the racing industry, with Clonmel connections, have come on board to support the Cheltenham Preview Night,” added Sean.

“We are hoping to get a good crowd in for what promises to be a great night. It will be our main fundraiser for the year, along with our annual Dogs Night which will be held in August or September this year. Running a successful hurling club is an expensive operation, and this year we will be talking in the region of €60,000 to €70,000 to fund St. Mary’s Hurling Club” said the club secretary.

The club has been making great strides in recent years on the playing front and this year, for the first time since 2002, St. Mary’s are back at senior grade.

“We are delighted to be back at senior level and the club are looking forward to our first game in the Seamus O Riain Cup competition against Ballingarry on the weekend of 8th April. Also in our group will be Burgess and JK Brackens,” Sean continued.

“But I think what we are looking forward to even more is the South semi-final on the weekend of 22nd April. We are straight through to the semi-final because of the draw and will play either Carrick Swans or Killenaule. We’re back training since January and we are hoping we can hold our own at this level now that we have finally got back to senior,” said Sean.

“We are hoping we can be competitive in the South at this level now and we are looking forward to it. You must remember it is 20 years or so since St. Mary’s played in a South final. And who knows,” he added. (St. Mary’s won their one-and-only South senior title in 1981).

It has been a long slow road back to senior grade for the club with two county minor ‘A’ titles won 2015 and 2016, a South under 21 ‘A’ title in 2016 (their first since 1988) and of course the County Intermediate title won last year when defeating Gortnahoe/Glengoole in the final played at Golden. All these steps have helped the Clonmel Club get back to join Mullinahone, Killenaule, Ballingarry and Carrick Swans at senior grade in South Tipperary.

Sean went on to briefly outline the work that is being done at juvenile level in Clonmel.

“We have coaches going in to primary schools in town coaching children from the under 6 upwards,” he said. “We coach in the feeder schools for us, St. Mary’s CBS, the Gaelscoil, Presentation and Sisters of Charity.

“As well as that every Saturday morning we have coaching in both the High School gym for under 8 and under 10s, and in the Clonmel Town complex on the Cashel Road for under 6s. At this time of the year it is too hard, weather wise, to have them out in the elements, but they love getting to hold a hurley and play indoors. We also have under 12 training indoors at the Clonmel Town complex in midweek,” added Sean.

Obviously there is a world of work going into what is now a very progressive St. Mary’s Club both on and off the field. You could give them a helping hand by coming along to the Cheltenham Preview Night in the Clonmel Park Hotel on Tuesday, 27th February.