Above - Ciara Ryan in action for Loreto Secondary School, Clonmel when they beat St. Augustine's of Dungarvan in the Munster Junior 'A' Football semi-final. They face Intermediate School, Killorglin, in the final next Tuesday, February 27th.

Having already won the Munster Post-Primary A Senior Schools championship for the first time in the school's history, the Ladies Footballers of Loreto Clonmel now have the double in their sights.

The Loreto's Junior footballers also reached the Munster A Final when they beat St. Augustine's of Dungarvan by 7-17 to 1-8 in last month's semi-final in Clonmel.

The Clonmel girls will now meet Intermediate School, Killorglin, in the final next Tuesday, February 27th.

Conditions for the semi-final were far from ideal and didn't allow either team to play with the fluency they had shown in previous rounds.

The Loreto girls got off to great start with a goal from Alice Ryan and a point from Ava Fennessy, both players continuing the great form they have shown in front of goal this year.

Workrate was never an issue for the Clonmel side and they never wavered in a very high intensity display in the first half, when they scored a very impressive 5-8 to 0-3 from the Dungarvan outfit.

The Loreto girls continued to show great determination and brilliant team work in the second half.

The difference on the day was how well Loreto adapted to the weather conditions and, as they have shown all year, they have an exceptional skillset and strong work ethic.

The game was played in a very sporting manner throughout and Loreto showed a greater appetite for battle. 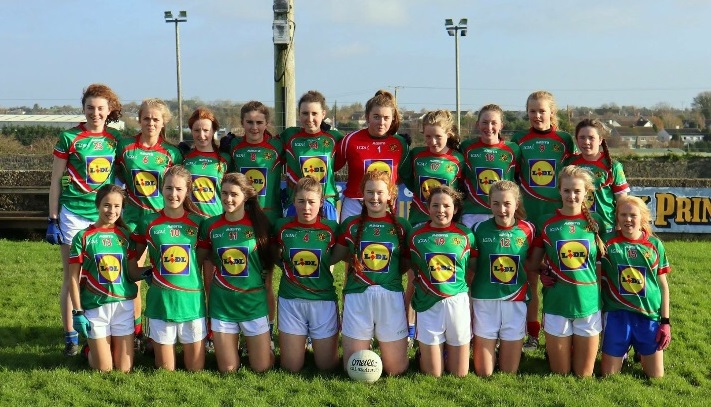 Their forwards were relentless, but credit must also go to a very determined and tenacious back division who yielded very little to a potentially dangerous set of St. Augustine's forwards.

Midfielders Kerri Tarleton and Brigitta Valuntaite worked tirelessly up and down the field, providing great support for their defence and an excellent supply of ball for the six forwards.

John Murphy did an excellent job refereeing this game in awful conditions, allowing both teams to play to their potential.

The Loreto are wished all the best for Tuesday's final.