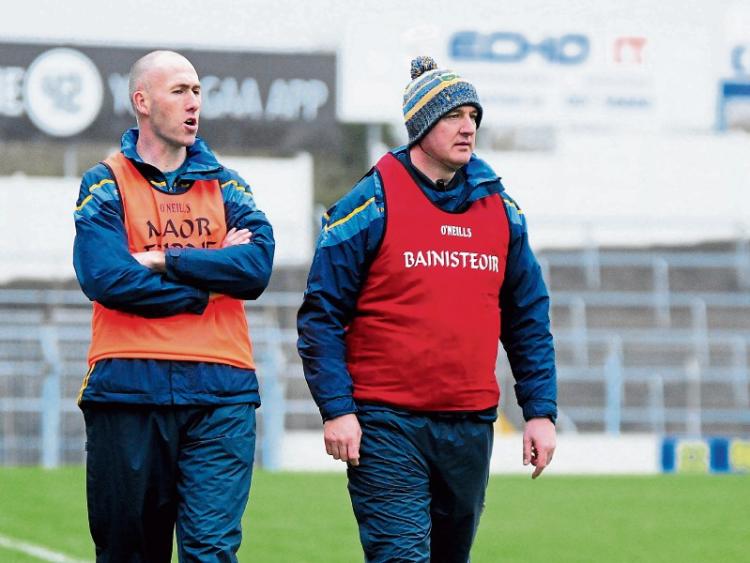 "The carrot (for the winners) is a place in the Munster Final and All-Ireland quarter-final, which means you're playing football until August. There's a huge carrot there for us next week.

"We know we're up against it but the carrot is there for us", he said after his team beat Waterford in last week's play-off in Leamybrien.

"We haven't been playing Minor Football this late in the year for a couple of years. It's great".

"The lads' form is great, so hopefully we'll give it a lash next week and see what happens”.

The semi-final goes ahead at 7pm at Semple Stadium next Tuesday evening, May 8.

In preparation for the game, he said the management would "get our video analysis guys on the case, and we'll see what we can learn.

"We've come up against Clare in the last two years and we haven't been successful. “We know they're doing Trojan work underage, so we know we'll really be the underdogs in the semi-final, for sure.

"We do know this performance tonight needs to be improved upon, and we will improve on it. We have a lot of work to do and we know that".

He agreed the fourteen wides they kicked last week was "a bit of a worry. We could have had the game over a little bit earlier maybe. Waterford never gave up, even when they were down to fourteen men, they never stopped coming at us at the end". Above - Tipperary's Christy English (right) in action against Kerry in the Munster Minor Football Championship quarter-final.

The five-points margin of victory also ensured that nobody was getting carried away.

"Coming out of here today winning by 15 points would have done no one any good. Okay, I'd like if we had converted some of those fourteen wides and the three goal chances - we had three one-on-ones tonight- it would be great to convert a few of them to give the lads confidence, but I don't want a false confidence either.

"We need to keep them some bit grounded.

"We're delighted to get over the line, but we also know that this performance won't do against Clare".

However the Arravale Rovers clubman is pleased with the progress they've made since their heavy defeat by Kerry in their first match.

"The game last week (against Limerick) probably brought us on, and Waterford were sitting cold for a week (following their quarter-final defeat by Cork), which probably didn't help them”.

There has been a certain amount of friction in recent years between the county's Minor hurling and football camps, but that doesn't appear to be the case this season.

"We take it week-by-week. We try and look after the players as best we can. We monitor their workload, we monitor what they do every day.

"We have the football done since November/December. It's just a matter of keeping these guys fresh. The hurlers have their championship coming up, they'll need plenty of time for hurling.

"You can see tonight, it has worked pretty well. Lads that are trying to play both hurling and football were flying around the pitch up to the very end, so long may it last".