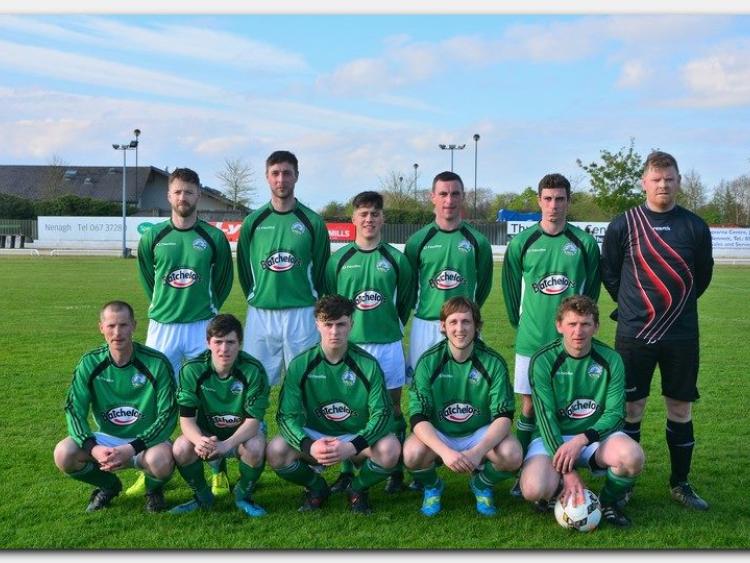 The Holycross FC team which won the Barry Cup following a penalty shoot-out.

Holycross FC find themselves chasing an extraordinary treble on Saturday, May 12th when the North Tipperary & District League division one champions face Nenagh Celtic in the Tipperary Cup final at Moneygall (kick-off 6.30pm).

To book their place in the final of the Tipperary Cup for the first time since 1998 Holycross FC were also required to survive a semi-final penalty shoot-out against Killavilla United - that contest also finished one-all before Holycross won 4-3 on penalties.

Manager Matt Vahey has steered his side to the club’s first-ever division one title this season and although Holycross FC completed their league programme unbeaten they will have to be at their sharpest to see off the challenge of Nenagh Celtic in the final.

Nenagh Celtic have huge pedigree in the North Tipperary & District League and also accounted for Premier Division champions Thurles Town (4-3) in the semi-finals of the Tipperary Cup.

Winning the club's first-ever league title last season was one thing, but the success enjoyed by the Noel Byrne-managed side this season ranks as an even greater achievement.

Thurles Town also won the Premier Division Shield earlier this season while Nenagh Celtic beat them narrowly in the semi-finals of the Tipperary Cup.