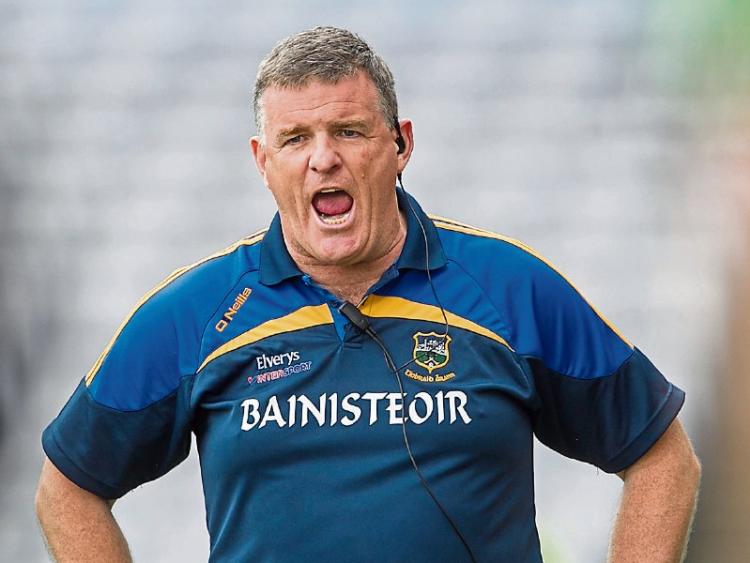 Tipp manager Liam Kearns had plenty to say about the Munster Council's decision to throw Tipperary under the bus with a six-day turnaround - the only team in the country being forced to do so.

Tipperary football manager Liam Kearns was in fuming form on Saturday night despite his side’s earlier victory over Waterford by 0-20 to 0-9 in the Munster Senior Football Championship quarter-final at Thurles.

The win over the Deise puts Tipperary into a semi-final against Cork in just seven days time – next Saturday back at Semple Stadium – but the Tipp manager lambasted the Munster Council, or more particularly the Munster CCC, who he considers have now given 'The Rebels' a distinct advantage over Tipperary but forcing his side to play again so soon.

When questioned on this six-day turnaround and what he thought of the decision, the Kerryman did not hold back in expressing exactly what he felt about it.

“It’s a disgrace, an absolute disgrace,” he began.

“It’s an absolute disgrace. I don’t know how they came up with the decision and that’s being straight and honest. A year’s planning and at the stroke of a pen they put it all into jeopardy.”

Obviously with his team still having to face Waterford the manager didn’t want to say too much beforehand and kept his powder dry to a large degree, but under the stand at Semple Stadium on Saturday night, he cut loose at the Munster Council over the decision.

Kearns had the Munster Council in his the crosshairs now and went on to back up his argument by saying...

“The CCC in Croke Park, they are playing the Leinster and Munster Senior Hurling Finals on the same day and one of the reasons they said is that they want to avoid six-day turnarounds for football teams. So what is the disconnect between Munster and Croke Park, will somebody explain that to me? If they think it is worth playing those two finals on that day then how did the Munster Council decide to throw us under the bus, or the Munster CCC, I should say.”

And another point, he wanted to add.

“There are 9 teams in Ulster, there are 12 teams in Leinster and there’s six in Munster and yet they have to throw us out twice in seven days. If we win or Cork win there will be a month to the final. There is no, and I mean there is no redeeming feature to this decision by the Munster CCC or the Munster Council. They have been totally unfair to Tipperary players and the advantage is with Cork and what should be a level playing field and a Munster semi-final between two evenly matched teams is now totally in their favour and that’s a fact. It’s wrong, it’s wrong, it’s absolutely wrong,” added Kearns.

The Tipperary manager then drew an analogy with horse racing (let’s hope it’s not the motivation a one-time Tipp hurling manager handed to Cork prior to the 1990 Munster Hurling final, when 'The Rebels' turned a quote of Babs Keating about donkeys not winning the derby, to their own advantage).

“If you go to racing parlance, say it's a group race and all the horses are equal. Now what they have made it is a handicap and Tipperary is carrying the weight and they are giving an advantage to all the rest of the horses in the field,” remarked a less than happy Tipp boss.

In an attempt to get back to the matter of the team itself and how they might prepare for the upcoming Cork game, Kearns was still in no mood to let go of the bone.

“Our focus now is on recovery because it has to be. We have to recover now. It doesn’t matter when you play a championship game and you have six days to recover from it, you can do nothing only recover from it and get back on the field again in six days time."

"We are playing a fresh team," he went on. “Cork have had five clear weeks with their players and I know that that is the case. They have had their players for five clear weeks. We had ours for 13 days, We couldn’t play a challenge match 13 days before this match. So we had ours (players) for 13 days and we have a six-day turnaround and yet Cork had theirs for five weeks.

“Again the story here is that this club month is supposed to be in all the counties and all being treated equally. All the counties are not being treated equally. This was very very wrong. Totally wrong. As I said there is no redeeming feature for the Munster Council or the Munster CCC in this. I would love to hear them come out and explain it to everybody why we are the only team in the country being asked to play twice in seven days in the provincial system. It’s rubbish,” added Kearns who was not mincing his words on the matter.

He invited the group of journalists present to consider the decision.

“Go figure out yourselves now why this decision has been made or how it came about. I am not going to cross the t’s and dot the i’s but it is wrong and it is really really wrong and I  am really fed up for my players. My players are working really really hard and all they want is a level playing field, that’s all we want anytime we go out on the field, just a level playing field and we did not get that, simple as that,” concluded the Tipp manager in relation to the decision about the fixing of the game for next Saturday at Semple Stadium.

"Again lads as I said that decision is one of the worst decisions ever. I have been with counties and I have been with clubs. I am over 20 years a manager and I think it is one of the worse decisions. And the reason that this decision was made was because they put two fixtures, a hurling and a football fixture, on the same day. Their own fixtures committee and yet they threw us under the bus for that. Whatever happens out here next Saturday night, my views won’t change on that," concluded the Tipp manager.