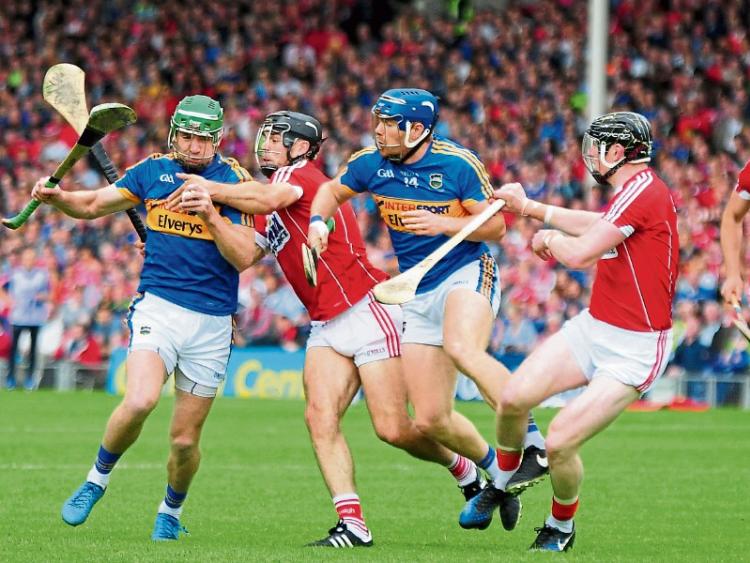 A Tipperary win over Cork last weekend in the Munster Senior Hurling Championship was considered imperative.

In the end the teams finished level and the draw felt like a Tipperary win, after they fought back from a nine-points deficit at half-time.

However a Tipperary victory over Waterford in this Sunday's game at the Gaelic Grounds is a necessity if they are to have any chance of either reaching the Munster Final on July 1st or advancing to the knockout stages of the All-Ireland championship.

The game in Limerick, which will be shown live on RTE, starts at 4pm and will be refereed by Galway official Alan Kelly.

The same counties will meet in the curtain-raiser at 2pm, with Clare referee Rory McGann taking charge.

The Tipp senior team looked to be heading for their second defeat in the round-robin series after an abysmal first half display in Sunday's game at Semple Stadium. But they proved they were still alive and kicking with a heroic second half performance that rescued a draw from the jaws of defeat.

It proved a fairytale senior debut for Nenagh Eire Og's Jake Morris, who had only just been introduced as a substitute for Seamus Callanan when he pounced for that all-important equalising point.

John McGrath, who scored five points in the second half and pipped his brother to win RTE's man of the match award, said  "it was like old-style Munster championship in that these are all must-win games if we want to stay in the running. "Our backs were to the wall, especially at half time", said McGrath (above). We knew we had a serious job ahead but there are some serious men in that dressing room and they stood up and were counted.

"We were massively disappointed after the Limerick game and this match will give us a tremendous boost now. The crowd were unbelievable today and really rowed in behind us and drove us on in the second half.

Not even the rain could dampen the Tipp drive – in fact, John was hardly even aware of it.

“"When you are in the heat of battle in Munster championship, you don't care if it is snowing. There is a serious buzz out there on the field and you just want to play as many games as you can, no matter what the conditions,” he said.

There has been mixed news on the injury front for Tipperary. Michael Breen, who was selected to start in midfield against Cork, injured his ankle in a freak accident during training last week and now faces a month on the sidelines.

However there's better news concerning Cathal Barrett, who is expected to have recovered from injury to be included in the match day 26 this weekend, while Niall O'Meara is also reported to be on the mend.

However Waterford have many more injury concerns before a match that has also assumed increased importance for them, following their defeat by Clare in their first outing last weekend.

Austin Gleeson (ankle) and Pauric Mahony (finger) didn't feature against Clare, while four other players were forced off with an assortment of injuries - Tadhg de Burca (broken collarbone), Noel Connors (back), Barry Coughlan (broken bones in his hand) and Darragh Fives (calf), while Maurice Shanahan stayed on the pitch despite a groin injury.

Their problems mounted when Kevin Moran was given a red card, which will rule him out of Sunday's game, after the Waterford County Board decided against an appeal.