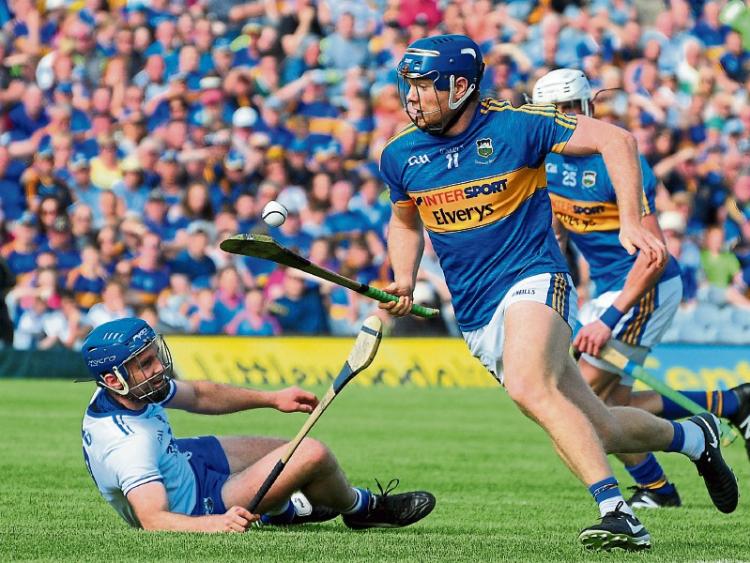 With one game left in the round robin series in the Munster Senior Hurling Championship, Tipperary are on life support, clinging to survival.

Two draws and a defeat from their opening three matches means they must beat Clare at Semple Stadium this Sunday if they are to have any chance of advancing in the championship and avoiding an early exit from the All-Ireland series.

The game starts at 2pm and will be shown live on RTE. The referee will be Carlow's Paud O'Dwyer.

Tipp and Clare will also meet in the curtain-raiser at Semple Stadium at 12 noon, with Limerick referee Mike Sexton in charge.

Both Tipperary teams are preparing for their fourth game in as many weekends. Last weekend they played Waterford in two matches at Limerick's Gaelic Grounds in which big leads were lost - the Minors were beaten after surrendering a 12-points lead, while the Seniors came from 11 points down to snatch a draw.

Battling on with just 14 players after Michael Cahill's sending-off, the seniors outscored Waterford by 2-7 to 0-2 in the closing 16 minutes to keep their championship hopes just about alive after a encounter laced with controversy.

The most contentious issue was the awarding of Tipperary's second goal, when television replays especially and several photos suggested that the ball hadn't crossed the line.

Waterford were up in arms over that decision, as well as the awarding of a late point to Tipp's Ronan Maher when referee Alan Kelly overruled the umpire.

However Tipperary also had reason to be dissatisfied with some of the Galway official's decisions. As Austin Gleeson caught the ball under the crossbar before the green flag was raised for that “ghost” goal (above), Jake Morris was ensnared in a bear hug by Waterford defender Noel Connors, which could have resulted in a penalty.

The dismissal of Michael Cahill, when he received a second yellow card on the stroke of half-time, was also a harsh decision; and a suspected helmet pull by Austin Gleeson on Patrick 'Bonner' Maher also went unseen by the referee or his officials.

Now, however, the focus turns to Semple Stadium for that day of destiny against Clare on Sunday.

Brendan Maher, who won RTE's man of the match award following a storming display against Waterford, especially in the latter stages of the game, has suggested that  total focus will be required as well as a more relaxed approach on the field, rather than the frantic approach that's tending to lead to poor decision-making.

"The weather was warm (in Limerick last Sunday) but ultimately it was poor decision-making that cost us rather than the physical side of things.

"Poor decisions and fumbles here and there are not physical problems – that's a mental thing and we need to get that right next Sunday.

"That's probably evident in the decisions we made today, myself included, so I think at the stage we are at, we have a win to get and that's all we need to think about right now,” he said. He really appreciated the vocal Tipperary support in Limerick on Sunday and is looking forward to having a great attendance in Thurles too to help the players over the line against Clare.

The Borris-Ileigh player called on the supporters to come out in force and said that the team has shown tremendous heart and guts to get the two points that they currently have on the board.

"Our heart has been questioned over the years and we have answered that. But that's not the situation we want to be in, to be honest.

"We are disappointed with the overall performances and we want to get in front of our home crowd on Sunday and deliver a win.

“We are looking forward to having a big crowd there and giving them something to cheer about,” he said.