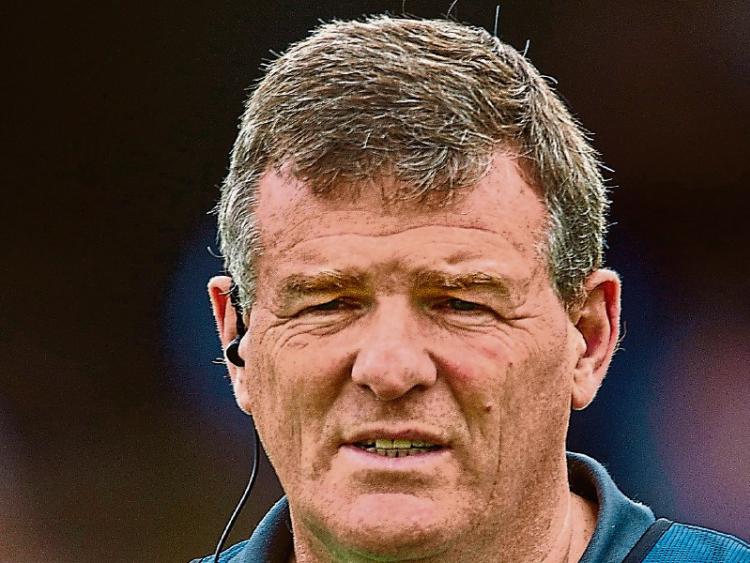 Tipp manager Liam Kearns was disappointed that Tipp didn't convert more chances when they had Mayo on the back foot.

In the immediate aftermath of the Tipperary footballers championship exit against Mayo at Semple Stadium on Saturday evening, manager Liam Kearns comments were somewhat of a mixed bag in terms of disappointment with the outcome but nonetheless pride in the performance delivered by his troops.

Against Mayo, the undoubted second best side in the country for almost the last decade, Kearns felt Tipp had put themselves “in a winning position and we didn’t quite get there” in what would have been the biggest shock of years in the championship had they been able to hold on to a three points lead they had with 20 minutes remaining. Alas it wasn’t to be.

Kearns, who confirmed his intention to continue as Tipp manager for next year, began ...

“I have to say I would be happy with the performance for two-thirds of the match the only thing is that we didn’t post enough scores on the board. We deserved to be a lot further up that we were. I felt we didn’t finish enough of the chances we created,” he commented.

And against such high quality and experienced teams as Mayo, each opportunity must be seized upon as you let yourself open to sucker punches at your peril. And Tipp ultimately fell to one of these, according to the manager.

“We were looking for a sucker punch and we got a sucker punch. I don’t know what it is about Mayo and goals against us, but they got one in the All-Ireland semi-final two years ago as well. They are a very experienced team and they did the same thing two years ago. They hit us for 1-7 in a 10 minute period then and they got something very similar, 1-6 or 1-7, again here. And I have to say you have got to give them credit too, for a team that are on the road so long they finished stronger than we did,” a huge factor that didn’t go unnoticed by Kearns who in his first year in charge led Tipp to an All-Ireland semi-final against Mayo.

One of Liam Kearns management strengths always is his quick ability to observe realities and again after Saturday’s match he had the most salient point noted.

“Tipp played very well but we are out. And we put ourselves in a winning position and we didn’t win. We are out now and that is the reality of it. But I am delighted with the performance, as I said for two-thirds of the match, but ultimately they finished stronger than we did and we have to look at that. There were mitigating circumstances in relation to our performance against Cork but at least we performed more like what we are. But at the same time we still came up short and that is disappointing,” he remarked.

The disappointment afterwards in defeat to Mayo is also indicative of the progress that Tipp have been making in recent years. On Saturday Mayo started with seven All-Star award winners in their line-up and yet Tipp had them in all sorts of bother for long period of the game. Kearns was happy with that element and with the displays by many of team on the big day.

“There were a lot of players I thought did very well. Bill Maher did very well, Brian Fox, Steven O’Brien had a great game in the middle of the field I thought for an awful lot of it, Jack Kennedy. We were playing well in a lot of places for 50 plus minutes but in fairness to Mayo they are around a long time, they know how to win, they know how to get out of tight spots and that will stand to them now, they are still on the road, and you got to give credit to Mayo as well,” Kearns conceded graciously.

Another aspect that concerned Kearns, and perhaps it is an eye-opener to the players in particular, was the conditioning and engine of the Mayo side in the closing quarter.

“We are disappointed about that to be honest. The age profile of their team is more than ours. I thought they finished very strongly and that is testament to their conditioning. I thought we had them in big trouble. If they hadn’t got the goal it would have been interesting to see how it would have gone. But the way they finished you would have to wonder had my fellows given it everything that they had. We will have to look at that,” added Kearns, whose side will once again play in Division 2 of the league next spring, a platform from which they can continue to up their profile.

As they did in August 2016 in Croke Park, Tipp put themselves in a position to win against Mayo but came up short. According to the manager too many chances went abegging and a failure to convert periods of dominance into scores would eventually drag his side down against the well-travelled Connacht side.

“At half-time it was a two-point game and I thought if we had been five or six points up it would have been a better reflection of the first half, but we weren’t. And again when they got the goal we should have been further up as well. And then when they got the goal all of a sudden it was a level game and I said, in fairness to them, their experience came through then,” regretted the Tipp manager.

The great chance that Jack Kennedy had to put Tipp four points up in the 49th minute which went narrowly wide seemed significant at the time, and Liam Kearns agreed.

“Yeah, and that was a killer. And I thought it actually could have been a goal chance. And I thought the time that Bill got through as well when we got a point off it, I thought that could have been a goal. We opened them up an awful lot and we had serious chances but we didn’t put it on the board and you can’t give an experienced team like them breathing space like that. In fairness they are a hugely experienced team and ultimately they did win,” Kearns accepted.

At the end of the day though there can be no hiding from the disappointment of a championship exit before the month of June is out. A less than convincing win over Waterford in Thurles was followed by a disappointing showing against Cork (who were annihilated by Kerry in Saturday’s Munster final) and now, another defeat to Mayo, means that Tipp haven’t progressed in the championship this year compared to 2016 and 2017.

That wasn’t lost on the Tipp manager either.

“Our progress at championship level is stagnant now. Not withstanding that we met two traditionally strong teams in Cork and Mayo - and in fairness Mayo are one of the best teams in the country - but for us we stagnated as regards championship, We were in the last 16 last year and we didn’t make the last 16 this year. That is the first time that we have not progressed in two years for me. That is the reality of it for me. “And I know that Mayo are the second best team in the country and have been for the last number of years but still they are the teams you have to beat if you want to go and make progress.

“But there is an awful lot to build on there. The Tipp boys have proved it again they are good footballers, they can live with the best. And they will keep improving and I hope that there is more improvement to come, added the manager.

He concluded in saying..

“We are disappointed. We put ourselves in a winning position and we didn’t quite get there and we will have to live with that now.”