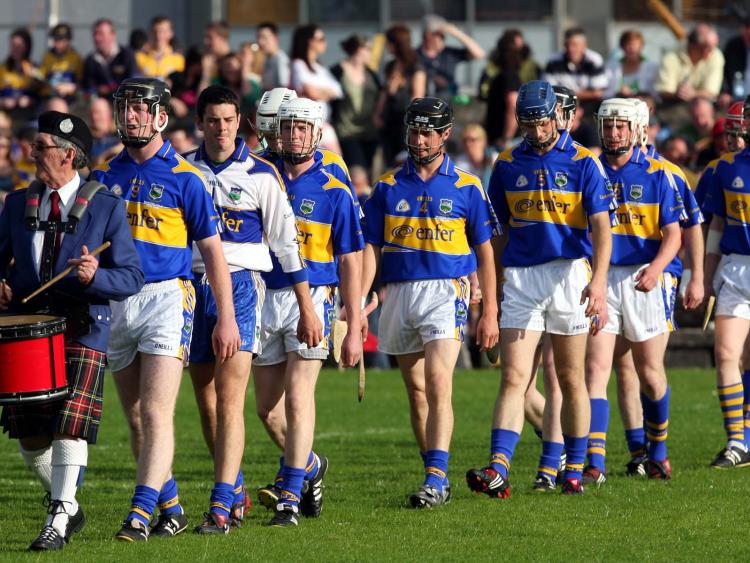 Seamus Hennessy captained Tipperary to the 2008 Munster under-21 hurling title.

Former Tipperary inter-county hurling star Seamus Hennessy is running the Antarctica Ice Marathon on December 13th next with the stated intention to raise over €200,000 in much-needed funds for Pieta House and Living Links - here Seamus, in the first of a series of articles for the Tipperary Star, explains his motivation for taking on such an ambitious project.

Hi there! My name is Seamus Hennessy and this is the first in a series of monthly articles providing updates on a personal project of mine for 2018 called “RunningforJosie”. This particular article is going to explain three things: (one) my own personal experience with suicide, (two) how I got involved in sharing my own story to try help others and (three) what exactly the RunningforJosie campaign is about.

When I was eleven years of age, I lost my mother Josie to suicide. It was February 3rd 2000 to be exact and I remember the day as clear as I do yesterday. Dealing with a death by suicide is incredibly difficult at any age, but the realisation that I would never speak or see my Mam again was nigh on impossible to comprehend at that age. I will not lie; it has not all been plain sailing ever since and there has been some very difficult days since then and I think about my Mam on a daily basis.

Fast forward to January 11th 2013. I was watching the 'Late Late Show' at home in Cloughjordan with my Dad, Seamus, when a man named Jim Breen came on the show to speak about the devastatingly high rates of suicide in Ireland at the time (ten suicides per week), and particularly among men who accounted for eight of these ten suicides each week. Jim was determined to do something about this and set up “Cycle Against Suicide”, a two-week nationwide cycle to raise awareness of the supports available to people in distress and to spread the important message that “It’s OK not to be OK”.

Watching him, I felt I could contribute too by sharing my own story in the hope of helping others avoid the same devastating tragedy that had befallen my family and so began my involvement in sharing my story in various schools, communities, GAA clubs and at events around Ireland.
I was very fortunate that six months after my mother Josie's passing, my Dad enrolled me in a twelve-week child-counselling programme provided by Rainbows Ireland and delivered by Sister Nora Hartigan in Borrisokane Community College. It was over a decade later when I began to realise that this twelve-week course has been the foundation for me to be able to share my story and has been the single most important intervention in equipping me to cope with what happened to me as an eleven-year-old.

Ever since then, I have tried to deliver a simple message: that it’s good to talk about hard times when they arrive at your door and especially for people who are suffering from mental or emotional difficulties or are feeling suicidal, that speaking to family, friends or seeking professional support can be a life-saving intervention.

RunningforJosie involves me running the Antarctica Ice Marathon on December 13th 2018 in an attempt to raise €200,000 for two Irish suicide awareness charities - Pieta House and Living Links Tipperary. Both of these charities provide life-saving services for people across Ireland and both are heavily involved locally in Tipperary with Pieta House having a centre in Roscrea while Living Links is based in Nenagh.

Over the coming month’s articles, I will provide more detail about all aspects of RunningforJosie. This will include information on the race itself and the conditions that I will face (the race takes place in minus twenty-five degrees weather!), updates on the schools and communities I have visited and shared my story with along with details about the incredible fundraising support that I have received so far from individuals and organisations in Tipperary and beyond, such as the incredibly successful and enjoyable mid-summer run hosted by Nenagh Éire Óg GAA club last Sunday week, June 17th.

If you have any thoughts, suggestions or fundraising ideas to support my reaching the target of €200,000, I would be delighted to hear from you and do please contact me at runningforjosie@gmail.com.

Finally, if you would like to donate to the campaign, that can be done using the RunningforJosie GoFundMe page on the following link. Alternatively you can use the following bank details for direct transfer - account number: 01657492, sort code: 935271, IBAN: IE77AIBK93527101657492, BIC: AIBKIE2D.

Seamus Hennessy, who was conferred with a Master of Science (International Management) at NUI Galway in November 2012, is pictured here alongside Professor Eamon O’Shea, a fellow Kilruane MacDonagh's man, former Tipperary senior hurling manager and the Head of Economics at NUI Galway.