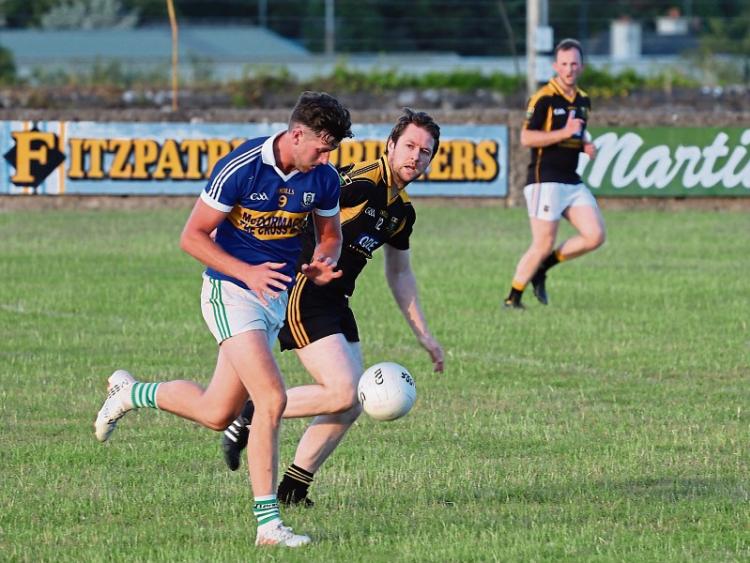 Sean Treacys booked their place in the semi-finals of the AIB Tipperary West Junior A Football championship when they defeated previously unbeaten Emly in Sean Treacy Park on Wednesday evening.

Michael O’Gorman’s goal early in the second half helped shade it in the 2016 champions favour.

Sean Treacys signalled their intent from the start forcing Kevin McGrath into a double save. The early scoring was tit for tat with Emly leading 0-4 to 0-3 after ten minutes.

The sides level twice in this period. The Emly points coming from Robert McInery and Shane Carroll while Kieran Devitt, Michael O’Gorman (45) and Padraig Carey got on the board for Sean Treacys. Sean Treacys looked more dangerous in attack in this period but it was Emly who now started to get on top.

They added further points from David McGrath and Joey Lonergan and were the denied a goal by Sean Treacys goalkeeper Eamon O’Toole. Emly now leading 0-6 to 0-3. Sean Treacys came storming back into the game thanks to the fielding of Padraig O’Leary in midfield.

Points from Michael Feehan, Declan O’Toole and Padraig Carey tied up the game for the third time. Emly rallied again and three points from the boot of Shane Carroll saw them go in two points up at half time 0-9 to 0-7.

Emly had two chances in the opening exchanges to extend their advantage but failed to take them. In the fifth minute Michael O’Gorman was put through on goal and he made no mistake in raising a green flag. Michael Burke got Emly off the mark with a pointed free but this was cancelled out by a Padraig O’Leary free at the other end.

With a minute of normal time remaining they lead by three but points from two James Purcell put just the minimum between the sides. Sean Treacys though hanging on a for a one point victory.

A win for Sean Treacys in either of their last two games will see them go level on points with Emly and thus top the group on the head to head between the sides.

Emly were already guaranteed a semi-final spot before today’s game.