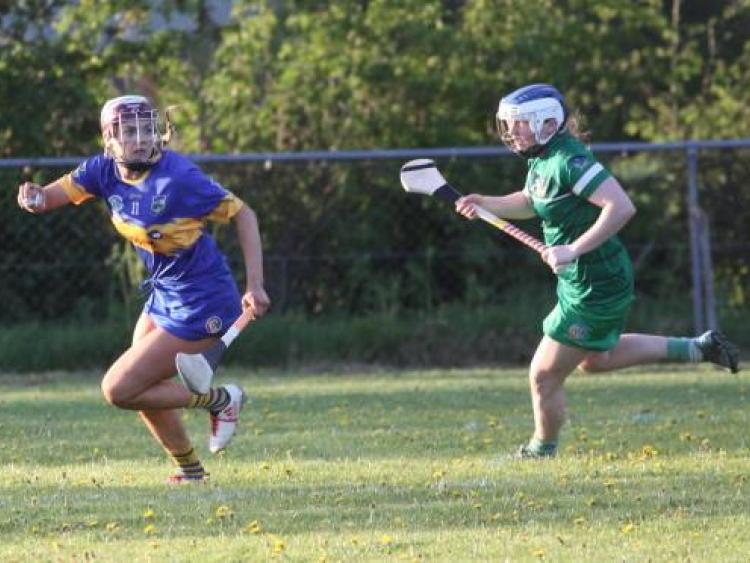 A stunning goal off the sod by Grace O’Brien in the fourth minute of injury time secured a smash-and-grab one-point victory for Tipperary over Offaly in the Liberty Insurance All-Ireland Senior Camogie Championship at The Ragg today, Saturday.

The result moves Tipperary into pole position for a Quarter-Final spot along with Dublin, with Offaly needing to overcome Group 2 table-toppers Cork in the last series of round-robin games to keep their hopes alive.

The result was tough on Offaly as they controlled the game in the second half thanks to Sarah Harding, Debbie Flynn, Michaela Morkan and player of the match Róisín Egan.

However Tipp were excellent in the opening period, Cáit Devane hitting five points, but they still trailed by 2-3 to 0-8 at half time after Siobhán Flannery and Sarah Harding found the net for Offaly.

Tipp captain Orla O’Dwyer – playing her second full match of the day after lining out for the county footballers earlier in their defeat by Kerry– equalised with a sublime score but Offaly were three in front entering additional time and apparently on their way to victory.

The game turned on two Devane frees drilled into the square from 30 metres. The first was deflected over the bar to cut the deficit to two. The second was blocked, only for O’Brien to strike first time and rattle the net, to the delight of the home supporters and desperation of the visitors.