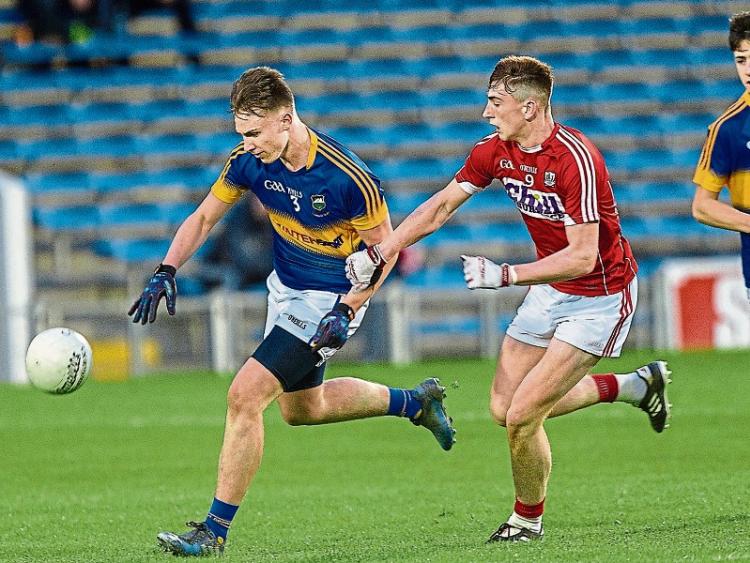 According to Cahir GAA Club PRO, John O’Donoghue, at the South GAA Board finals launch on Friday night last, the fact that Cahir are in Sunday’s Sureprint South Tipperary Minor ‘A’ Football Championship final is no accident or no overnight success but is down to great work that has been going on at juvenile level at the club over many years.

“From goalie up to No. 15 they are all there on merit and I suppose maybe Stephen Grogan would be an exception to the rule, and Dylan Fitzgerald, but the lot of them play their part,” added the club PRO, not wishing to dwell too much on individual players or performances.

There is great excitement looking forward to Sunday’s final after coming through five games to reach it, and there is great hope in the club for the future with this bunch of players.

“The whole team are really up for this and they have trained hard all winter. In the round-robin we had a point win over Moyle Rovers, we beat Commercials, we actually won all our games. We beat Clonmel Og/Ballyporeen the first day in Ballylooby, but they were missing a few players that day. They (the combination side) have gotten stronger and stronger as the rounds went on and you only have to look at the win they had in the semi-final against Grangemockler/Ballyneale, who are themselves a good side.

Looking more generally at the club itself right through from underage to senior, John added.

“Cahir at senior football are going through a bit of a transition period with a very young team at present. We are growing these youngsters at minor and under 21, trying to get them on to a panel so that the older fellows can bring them on a little bit further again. The oldest player on the senior panel now must be Gerard Hally and he is only about 26 or 27 at this stage. So Cahir are a very young senior team presently.” Cahir's Gerard Hally seen here in senior championship action against Jason Lonergan (Clonmel Commercials) is the oldest player on the current senior team which is going through a transition at present, according to Cahir GAA Club PRO, John O'Donoghue.

“To win a South minor now would mean so much to the club and particularly to the guys in the juvenile club who have worked so hard to keep these bunch of guys together and a brilliant job they have done on the management team also.

“But what it would also do is settle Cahir, with the seniors going forward, the under 21s, and all the minors moving up a step next year. And of course success breeds success and any win helps bring on a club more, concluded the Cahir PRO.