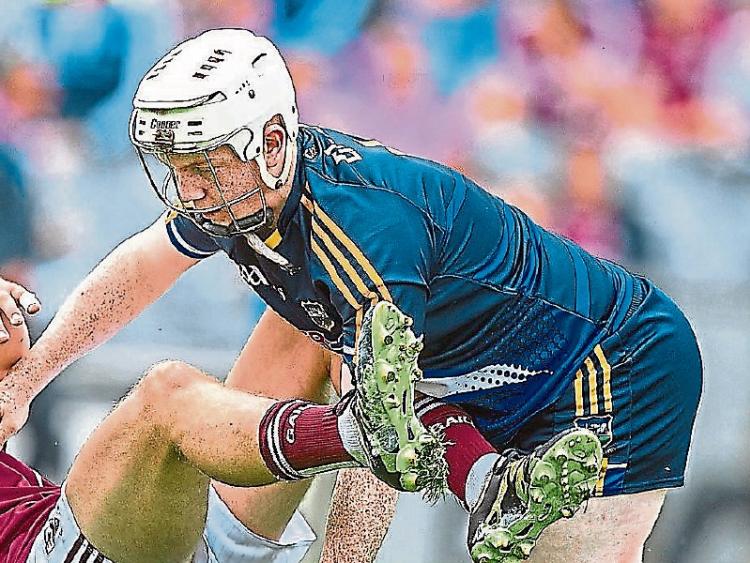 Ciarán Barrett, an All-Ireland winning minor hurler with Tipperary, has been just one of the players who has benefitted from the combination of Clonmel Og and Ballyporeen/Skeheenarinky.

At the South Tipp GAA Board Finals launch at the GAA Centre in Clonmel on Friday night last, Brian Gentles, a long-serving player and official at Clonmel Og, cast a forward eye on next Sunday’s Sureprint  Minor ‘A’ Football Championship final in which his club, combined with Ballyporeen, will take on favourites Cahir.

I put it to Brian that this year’s final was a novel pairing with no Commercials or no Moyle Rovers involved, and perhaps a breath of fresh air to the other clubs in the division.

“It’s been a two-horse race for too long,” said Brian, “but we are glad to be there and competing in it now. There is an element of regret, to an extent, that we couldn’t stand on our own two feet and field a full team. But we have been competing with Ballyporeen over the past couple of years and it has been to our mutual advantage and benefit which has enabled us to continue to play at a higher level. Clonmel's Og Brian Gentles seen here in action against Clonmel Commercials. Gentles, who has given tremendous service to his club on and off the field over many years, is hoping the combination team can upset the formbook against Cahir in Sunday's South minor 'A' final.

“Our own Ciarán Barrett, for example, was a beneficiary of this combination set up of the past few years.  The year Ciarán won his All-Ireland medal (hurling goalkeeper) he was on a Clonmel Og/Skeheenarinky team and without that combination we wouldn’t have had a team for him to show his undoubted class and ability. That particular year, for example, we wouldn’t have been able to field a team on our own so this set-up at present is good for Clonmel Og and good for Ballyporeen also,” remarked Brian.

“The breakdown on the panel is something about 12 or 13 (Clonmel Og) to 7 (Ballyporeen) at present,” he added.

“We took a somewhat circuitous route to the semi-final of this year’s minor football. We drew our opening game against Moyle Rovers, fortunate to get the draw; soundly beaten, ‘out the gate’ you can say, by Cahir; we beat Commercials; and lost against Grangemockler first time round. We got in by the skin of our teeth to the semi-finals,” said the long-serving Clonmel Og stalwart.

But Clonmel Og/Ballyporeen turned the tables on Grangemockler in the semi-final and are stronger now than when they faced Cahir the first time out, I pointed out.

“We have more players available to us now than we did the first time against Cahir. We are stronger now, but still Cahir would have to be strong favourites for the final and we recognise that. If we play to our best and our minors perform we will have a good crack at it.

“In our defence Shane O’Connor is playing very well, Kevin Hawkins is a super player as well and will probably be around midfield or centre-back, Cian O’Sullivan, Rhys O’Regan is a very good forward. On the Bally side you have Christy English, another very player.”

“Look if our boys perform they have got a chance but if we get the performance and it is not enough on the day so be it," concluded Brian Gentles.