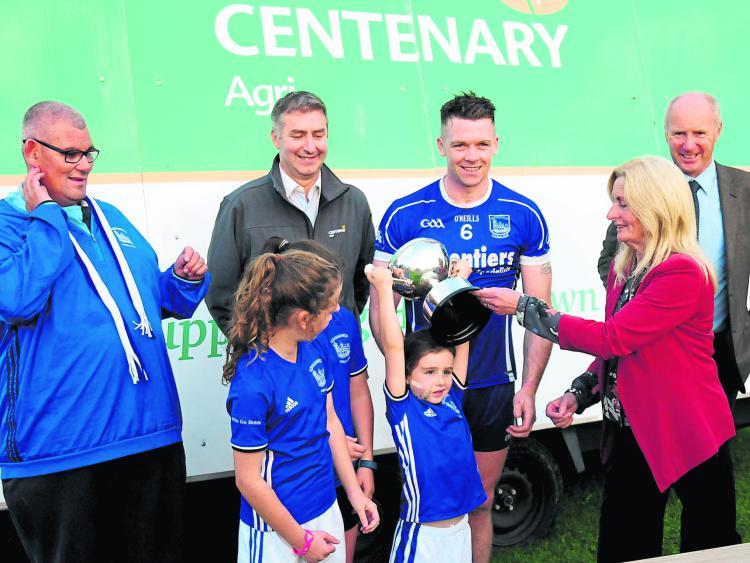 Both Thurles Sarsfields, the defending champions, and Loughmore-Castleiney will be hotly fancied to prevail and renew their storied rivalry in the Mid Tipperary Senior Hurling Championship final. However, no one should discount the challenge of JK Bracken's and Holycross-Ballycahill - there simply has to be a real sting in such proud clubs.

In the quarter-finals Thurles Sarsfields saw off the challenge of Upperchurch-Drombane (1-19 to 1-16) while JK Bracken’s proved too strong for Clonakenny (2-23 to 1-13). At the same stage of the competition Loughmore-Castleiney beat Drom & Inch (0-27 to 0-17) and Holycross-Ballycahill comfortably won their contest with Moycarkey-Borris (2-18 to 1-11).

And, Tommy Dunne, who leads the Toomevara project alongside Denis Kelly and Kevin Cummins has a busy weekend ahead of him - his beloved Greyhounds are preparing to face Kilruane in a North semi-final on Friday night while Dunne also guides the fortunes of the Tipperary team against Kilkenny in Sunday's All-Ireland Minor Hurling Championship semi-final.

“If I am being honest I was hoping that it wouldn’t be the same weekend, but when you are double jobbing these are the things that happen. So, you just manage it. In a way it’s a nice headache when you are involved in two big games - you can’t have it every way,” Tommy Dunne told the Tipperary Star this week - please click here for the full interview with Tommy Dunne.

Both the West and South senior hurling finals have already taken place - Clonoulty-Rossmore beat Éire Ó Annacarty in the West decider earlier this year (0-20 to 1-15) while on Sunday last down South Killenaule proved too strong for Mullinahone (0-20 to 1-12).

A whole plethora of county league semi-finals and finals are scheduled to take place over the coming days.

Three finals in the Tipperary Water County Football League also take place this weekend - rivals Clonmel Commercials and Moyle Rovers meet in the division one decider on Sunday, July 29th in Cahir (12 noon) while at the same time in Bansha Cahir and Rockwell Rovers collide in the division two final. The division three final in the County Football League takes place on Thursday, July 26th when Killenaule take on St Patrick's at Fethard GAA Park (8pm).