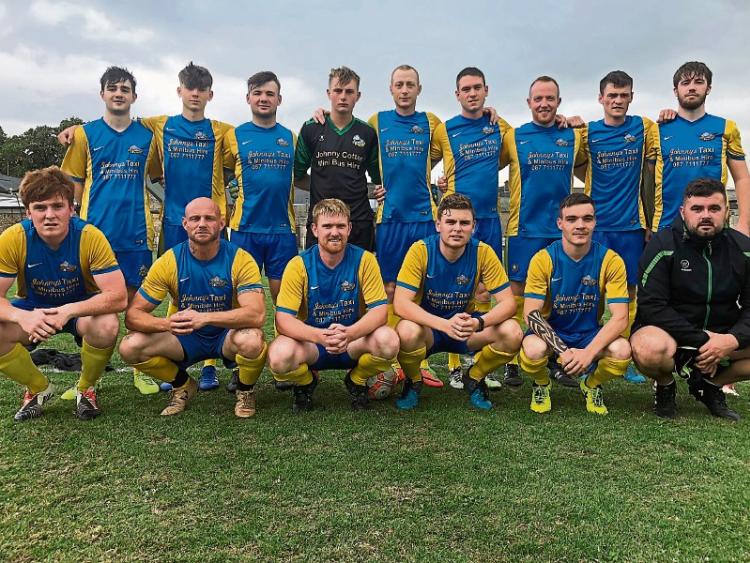 Tipperary Town who got their Premier League season off to the best possible start on Saturday with a 2-0 victory away to Bansha Celtic.

What a difference ten days can make, as Bansha Celtic fell from the highs of winning the John Delaney Cup to losing the first home game of the season to near neighbours Tipperary Town, and putting their season on the back foot right from the off.

The visitors set out their stall early, by working hard and not giving Celtic any time on the ball and they opened the scoring just before the half hour mark when a cross into the box was not dealt with and on hand was Stephen Quinn to head the ball into the net from two yards out.

The rest of the half flew by with the home side looking a little shell shocked and they were ultimately lucky to go in to the break only a goal down.

They were a different proposition after half time however and had much the better of the possession through most of the second period. That said they were unable to carve any real scoring opportunities and they were restricted to putting the ball into the box from set pieces and a few half chances, most of which were easily dealt with by the young Town keeper.

As often happens it was on the counter attack with the home side pushing up that the second goal was scored. A good run down the Bansha right and cross to the back post that was headed home the Vinny Godfrey, to the consternation of the watching home fans.

After that the visitors sat back and  soaked up the pressure exerted on them, to take a very welcome three points at this point in the season.