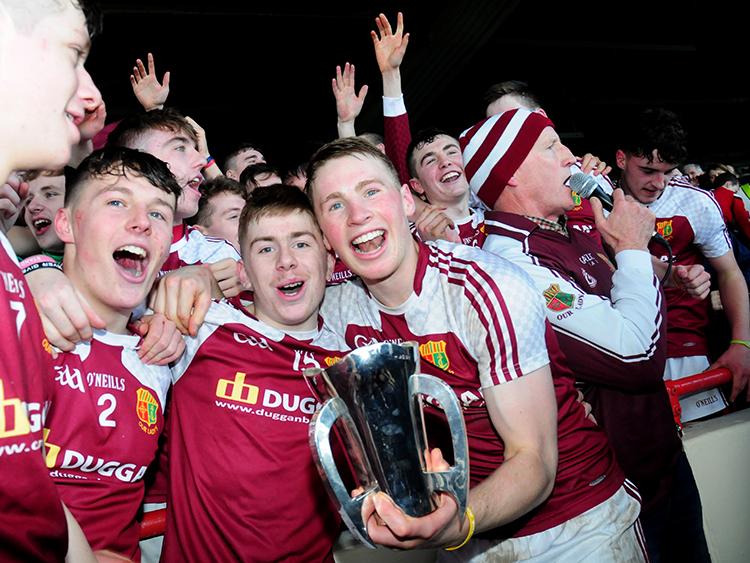 Brian McGrath loves a challenge - that is his defining characteristic. The Loughmore-Castleiney man has what you might describe as the opposite of nerves: Brian McGrath performs better in the bigger games. And, the Tipperary full-back is preparing for a whopper of a challenge this weekend when the Premier County take on Cork in the final of the Bord Gáis Energy All-Ireland Under-21 Hurling Championship on Sunday, August 26th at Páirc na nGael, Limerick (throw-in 5.30pm).

Tipperary will enter the contest as distinct underdogs against Cork, but Brian McGrath can’t wait to get another crack at the Rebels - the 2016 All-Ireland minor winning captain is looking forward to pitting his wits against such a superb team.

“There is nothing better than going in when people might be writing you off or whatever. You can come in under the radar and then the fight in you just comes out. I think that it brings out the best in people. And, hopefully now this match against Cork will bring out the best in us. Any time that you lose heavily like that the only thing that you want to do is get another crack at it and show that you are good enough and, hopefully, we will be able to do that,” the Loughmore-Castleiney man added before revealing that the quality of the performance against Galway in the All-Ireland semi-finals (3-17 to 1-17) lifted the mood of the entire squad.

“Look, the Munster final was a bit of a let down, but we knew that wasn't us. The Galway match was more us. And, we know that there is more still there to give.” Brian McGrath was a key member of the Tipperary minor team which claimed All-Ireland honours in 2016 - here Brian is pictured celebrating with his famous family at Croke Park after brothers John and Noel helped Tipperary to win the Liam MacCarthy Cup on the same day.

McGrath, however, struggled to explain why Tipperary did not present the very best version of themselves in the Munster under-21 final at Páirc Uí Chaoimh when the Premier County lost to Cork (1-13 to 2-23) on July 4th.

And, Brian McGrath wished to pay tribute to the Tipperary supporters. Indeed, Brian McGrath and the rest of the Premier County panel were thrilled to hear blue and gold supporters cheering them on once more against Galway at Páirc na nGael.

“Definitely, they are very good when they get going,” Brian McGrath said.

“We have to give them something to shout about first, but they really do help us to get over the line. We could hear them shouting the roof off down in the Gaelic Grounds and hopefully it will be the same again for the All-Ireland final.”