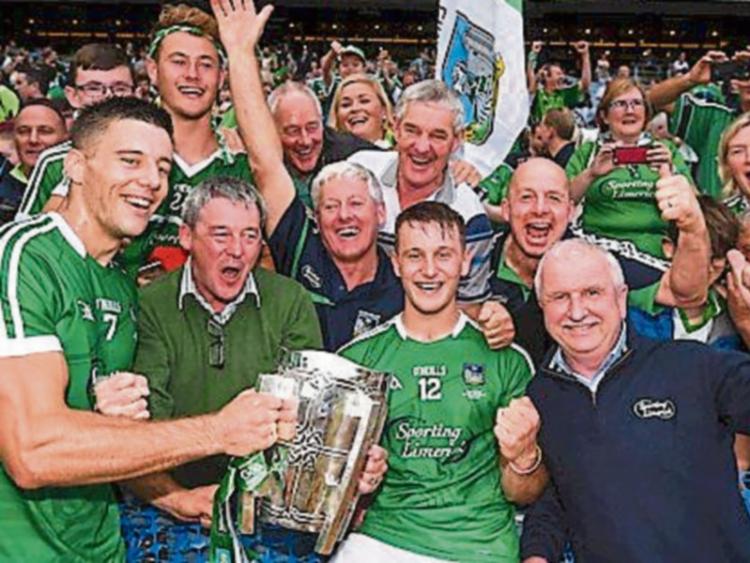 Tom and Dan Morrissey celebrate with their father Donal and uncles Tommy, Niall and Michael.

There was great celebration for a Cashel family following Sunday's historic All Ireland final win by Limerick.

They are sons of Donal and Mairead Morrissey – Donal hails from Farranamanagh, Cashel – and the win was celebrated by members of the Morrissey clan all over the area.

Donal Morrissey is one of eight children of the late Patrick and Hannah Morrissey. Both grandparents have a strong GAA background in hurling and camogie. Patrick Morrissey won nine West medals playing for Kickhams.

Brothers Tom and Dan Morrissey play their hurling with Ahane, club of the legendary Mick Mackey. They have worked really hard to reach this milestone, the ultimate dream of every young hurler.