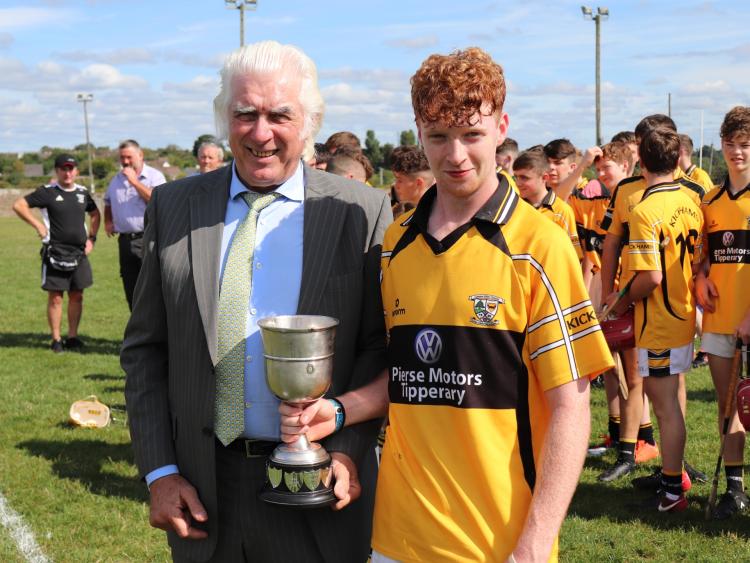 Mark Downey opened the scoring for the combination with a point from play after thirty seconds before Devon Ryan got Kickhams off the mark with a pointed free. While Kickhams struggled in front of the posts Rockwell-Rosegreen had no problem. Mark Downey pointed two frees, along with points from Tom Tobin and Kevin Cleary as Rockwell-Rosegreen opened up a 0-5 to 0-2 lead after eleven minutes of play.

A minute later the game changed - Turlough Breen won possession from a ruck on the fourteen, raced towards goal and sent the sliotar to the far corner. Kickhams seemed to take over from here with Devon Ryan unerring from placed balls and Conor Horgan chipping in with a point from play. Kickhams were leading 1-6 to 0-5 after twenty-three minutes. Devon Ryan added further points from placed balls and play while Conor Horgan added a second from play.

It was more of the same in the second half as Kickhams dominated the scoring charts.

The game was all but over eight minutes in when Seamus Heffernan, a half-time substitute, found the net and punched the air with delight as he did.

Harry Tobin pointed from play for Rockwell-Rosegreen to register their first score of the half.

Conor Horgan found his way through to add goal number three before Andrew Moloney (free) and Brian Og O’Dwyer responded for the combination.

Devon Ryan added further points before Seamus Heffernan added to his goal with a point from play. Andrew Moloney rounded off the combinations scoring with a point before Josh Browne pointed and Devon Ryan had the last say of the game with a goal.