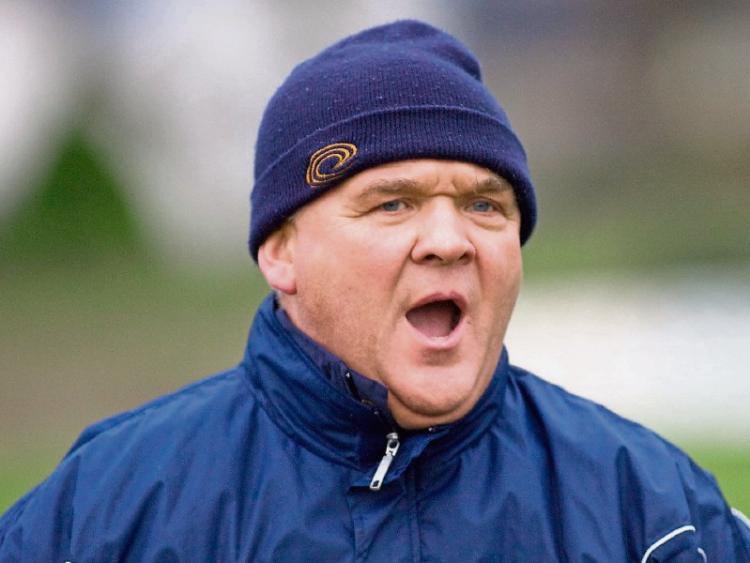 John Evans, the much-travelled inter-county football manager, will be hoping to guide Ardfinnan to victory over Aherlow Gaels in Cashel this afternoon.

Following three games played in the County Tipperary Senior Football Championship on Saturday evening the picture is now much clearer as to who will be playing in the quarter-finals and what four teams will contest the relegation play-offs.

The last two questions will be answered today when the Aherlow Gaels v Ardfinnan, and Kildangan v Cahir games will take place.

Yesterday evening in Dundrum Arravale Rovers overcame Upperchurch/Drombane by 4-9 to 2-8 to finish runners-up behind Moyle Rovers in Group 2, and guaranteed themselves a place in the quarter-finals.

Timmy Dalton was deadly with the penalties

Also in Group 2, at Ardfinnan, table toppers Moyle Rovers disposed of Galtee Rovers comfortably by 3-11 to 1-2. It was a game that saw former Tipperary captain Peter Acheson return to the Moyle Rovers fold - and he played the full game and played well also. That result means that Galtee Rovers will now be one of the four teams involved in the relegation play-offs.

In Cahir on Saturday evening in the top of the table clash in Group 3, Ballyporeen with the help of two John Martin goals defeated last year’s county runners-up Killenaule by 2-10 to 0-11. Ballyporeen now have the honour as going through as group winners but Killenaule are also into the last eight and may yet have a big say in the destination of the county title.

Group 1 was finalised on Tuesday night last when Loughmore/Castleiney clinched top spot with a comfortable 2-12 to 0-7 win over Kilsheelan/Kilcash who also go through to the last eight as runners-up. Also in that group, Drom/Inch conceded their final game to JK Brackens and now will also be in a relegation play-off, but at full-strength seem too good to drop back.

And so to today’s vital games.

At Leahy Park in Cashel at 3.30 pm, Aherlow Gaels and Ardfinnan face-off for a ticket to the quarter-finals. In any other year of late, the West Tipperary side would be expected to advance but Ardfinnan under John Evans' stewardship this year have improved significantly. In the relegation mix for the last few years, ‘The Village’ had a good win over Eire Og Annacarty last day out and will have no relegation worries on their minds now – Eire Og have finished bottom of the group. Talk is that Aherlow Gaels have some injury doubts also for today. Could be a cracker for that last quarter-final spot.

The final game of the group stages will take place in Holycross at 6 pm this evening. Here last year’s county intermediate champions Kildangan take on Cahir. Both sides have lost their opening games to Ballyporeen and Killenaule, but a young Cahir side showed some green shoots of improvement against Killenaule in Clonmel a few weeks back and they might be good enough to steer clear of the relegation dogfight. But Kildangan are decent on their day, and have the little advantage of a better scoring difference going into today’s encounter where a draw will be good enough to save them.

Both will be well aware that Drom/Inch, Galtee Rovers and Eire Og Annacarty are in that dogfight already – it will be well worth avoiding and that should be a big motivation to both sides. A slip up today may be very costly for both.