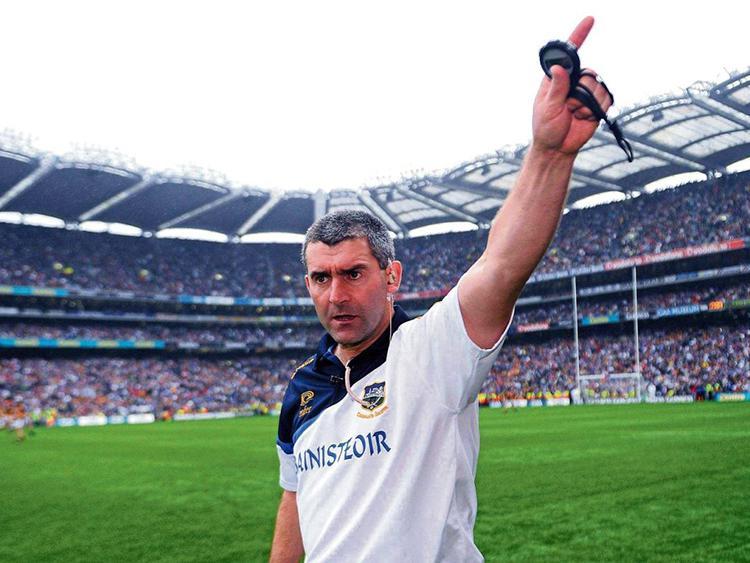 With the rumour mill gathering pace Liam Sheedy is expected to succeed Michael Ryan as Tipperary senior hurling manager this evening at a meeting of the County Board. So, here is a brief profile of the Portroe stalwart; a man who has achieved an extraordinary amount both on and off the field of play.

Liam Sheedy grew up in Portroe and as a student at Nenagh CBS won an All-Ireland Colleges B Senior Hurling Championship title in 1984.

Liam Sheedy played in seven championship games for the Tipperary senior hurling team and featured in the 1997 Munster and All-Ireland finals which the Premier County lost to Clare. Sheedy retired from inter-county hurling in 2000, but the management bug had already dug its teeth into the Portroe man.

Liam Sheedy launched his inter-county management career when he guided the Tipperary intermediate hurling team to the Munster and All-Ireland title in 2000. Six years later the Portroe man guided the Premier County minor team to All-Ireland glory (2006) before graduating to the senior job in 2008.

As manager of the Tipperary senior hurling team Liam Sheedy lifted the blue and gold out of the doldrums when winning Munster titles in 2008 and 2009 before famously delivering an All-Ireland title in 2010. Tipp also won a National Hurling League (2008) on Sheedy’s watch while Liam was named the Philips Sports Manager of the Year for his achievements in 2010. Liam was also named the Tipperary Person of the Year in 2010.

Sadly, Liam Sheedy stepped down as Tipperary manager following the 2010 season, but the impact that Liam Sheedy had on the Tipperary inter-county set-up cannot be understated. Sheedy has, of course, also worked as an RTÉ ‘Sunday Game’ analyst since 2011.

Liam Sheedy, alongside his brother John, guided his beloved Portroe to a North Tipperary Senior Hurling Championship title in 2012 - an extraordinary achievement given the resources of that tiny club. Liam, of course, also inspired his club as a player in 1990 when helping Portroe to win the county intermediate hurling title.

In 2012 Liam Sheedy featured on the Newmarket-on-Fergus management team which won the Clare senior hurling championship for the first time in thirty-one years. In 2015 he, briefly, guided the fortunes of Drom & Inch.

The Portroe man has been regularly involved with University of Limerick Fitzgibbon Cup teams while in recent seasons he has also acted as an advisor for Eamonn Kelly with Offaly and alongside Terence McNaughton with Antrim during the past two years.

Liam Sheedy has enjoyed a distinguished career with Bank of Ireland and is currently Provincial Director, Munster with the financial institution. Liam is a member of the Irish Sports Council and chairman of High Performance Committee; Sheedy also chaired the National Hurling 2020 Committee (2014-2016). The 48-year-old is, of course, also a key member of the GAA’s Coiste Bainistí (the body’s national management committee).

Earlier this year Liam Sheedy featured on a three-man shortlist to replace Páraic Duffy as GAA director general. And, why not? The qualified electrician has proven himself to be a real bright spark both on and off the field of play. The proud Portroe man is dedicated to the GAA, is hard-working, as honourable as they come, has a terrific manner and has proven himself an exceptional leader of people.