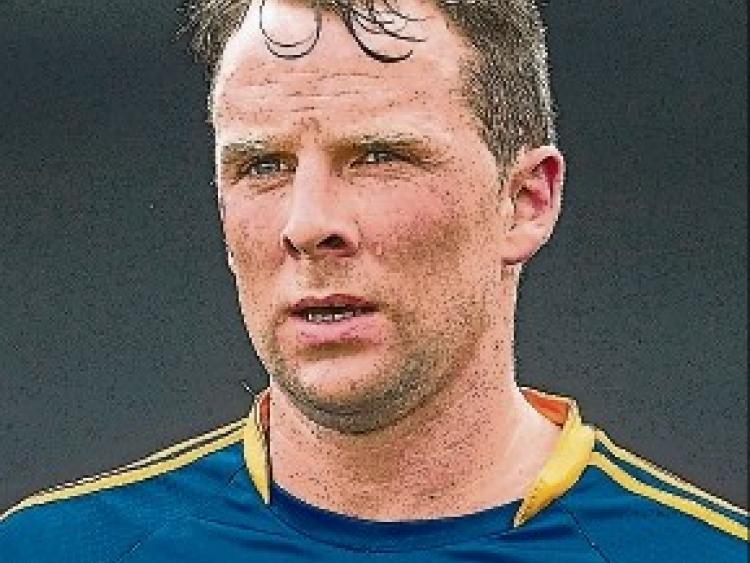 There was a sensational finish to Sunday's Tipperary Water County Senior Football Championship semi-final in Cahir, when Moyle Rovers beat champions Clonmel Commercials with a last-gasp goal.
The game was balanced on a knife edge at the end of normal time, with the sides level at 1-7 to 0-10. Commercials suggested that they had done enough to sneak home when Seamus Kennedy scored in the third minute of additional time, after he had exchanged passes with substitute Ryan Lambe.
But a closely-fought affair had one final and dramatic twist, when Moyle Rovers' Shane Foley sent a probing ball across the face of the Commercials goal and Sean Carey was on hand to steer the ball to the net, despite the despairing dive of Commercials 'keeper Michael O'Reilly.
Carey's late strike was the only time Moyle Rovers were ahead but it gave them a famous victory over their close rivals, in a game witnessed by a large attendance on a perfect afternoon for football.
Rovers can now look forward to a final meeting on Sunday October 28 with Ardfinnan, who were surprise winners over Loughmore/Castleiney in Sunday's other semi-final.
The teams were level six times, including at half-time when the scores were deadlocked at 0-3 each, after two-evenly matched sides had mostly cancelled each other out.
Commercials made most of the running early in the second half with points from Jack Kennedy's free and Jason Lonergan (0-2), which gave them a 0-6 to 0-3 advantage by the 37th minute.
Moyle Rovers, however, simply refused to give up the ghost at any any stage, an attitude that was amply rewarded by the final whistle.
They were still three points in arrears (0-7 to 0-4) when the game's top scorer Liam Boland brought them level from the penalty spot, sending Michael O'Reilly the wrong way after Diarmuid Foley had been hauled to the ground.
It was nip and tuck from there to the finish. Jason Lonergan put Commercials two clear with 12 minutes of normal time remaining, but they just couldn't shake off their dogged opponents, who hung on with grim determination.
Two converted frees from Liam Boland had the sides level for the sixth and final time. Even after Seamus Kennedy edged Commercials ahead late in the day, a tremendously spirited Rovers regrouped for one final assault on the Commercials goal, with Carey's late goal snatching victory in a grandstand finish.
As they now chase their first county senior title since 2009, Moyle Rovers will forever be grateful to Sean Carey for his late scoring intervention. Liam Boland was another important outlet for scores, while Shane Foley was a thorn in the Commercials defence all afternoon.
Their victory also owed much to the energy and inspiration provided by Richard Power and Peter Acheson at midfield. Dara Ryan was a willing grafter while Ross Mulcahy, Luke Boland, Paddy Morrissey and captain, Alan Campbell, were mainstays of a hardworking defence.
They were also grateful to goalkeeper Ciaran Kenrick, who made some outstanding saves to keep Commercials at bay. He denied Padraic Looram ten minutes into the second half and he blocked Jason Lonergan's effort when he was put through on goal by Kevin Fahey eight minutes before half time.
Commercials' dreams of retaining the title were dashed in that dramatic finish, and they're left to reflect on some missed chances that would have helped them build a bigger lead when they were in the driving seat.
Seamus Kennedy and Jack Kennedy provided plenty of leadership around the middle of the field, while Jason Lonergan kicked four points from play.
Kevin Fahey, Ross Peters, Liam Ryan and Padraic Looram were others who shone for Commercials on what proved a desperately disappointing day for them.
Moyle Rovers - Ciaran Kenrick, Paddy Morrissey, Alan Campbell (captain), Morgan Irwin, David McGrath, Ross Mulcahy, Luke Boland, Richard Power, Peter Acheson, Dara Ryan, Stephen Quirke, Sean Carey (1-1, 0-1 free), Liam Boland (1-5, 0-4 frees, 1-0 penalty), Shane Foley (0-1) and Diarmuid Foley.
Substitutes - Tadhg Fitzgerald for Paddy Morrissey (40 minutes), Aidan McGrath for Diarmuid Foley (53 minutes), Riain Quigley for Stephen Quirke (55 minutes) and Jack Harney for David McGrath (33 minutes).
Commercials - Michael O'Reilly, Donal Lynch (captain), Liam Ryan, Shane Taylor, Ross Peters (0-1), Kevin Fahey, Jamie Peters, Seamus Kennedy (0-2), Jack Kennedy (0-3, 2 '45s and 1 free), Padraic Looram, Jason Lonergan (0-4), Kevin Harney, Richie Gunne, Michael Quinlivan (0-1) and Conal Kennedy.
Substitutes - Ryan Lambe for Padraic Looram (52 minutes) and Alan Lonergan for Ross Peters (60 minutes).
Referee - Sean Everard (Moyne/Templetuohy).