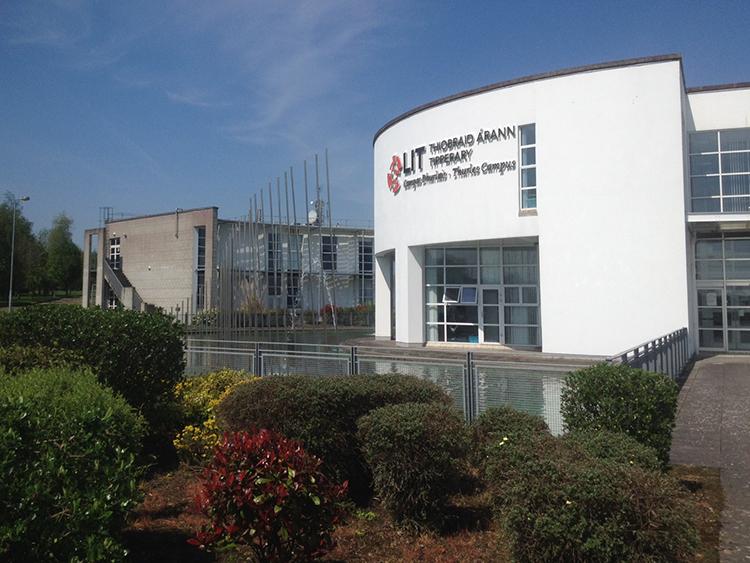 On Thursday, November 15th LIT Thurles hosted an information night aimed at the latest batch of under-14 hurlers and footballers who are set to become the latest inductees into the Tipperary Talent Academy which is sponsored by Thurles Fresh Milk. And, the series of presentations provided a rich insight into the work carried out by county games manager Dinny Maher and his team of coaches.

The Thurles Fresh Milk Tipperary Talent Academy works to develop players via a fourteen-week strength and conditioning programme hosted at the LIT Sports Lab, Thurles. The under-14 hurling and football squad were introduced to the programme on Thursday night while the academy also maintains under-15 and under-16 equivalents.

County games manager Dinny Maher launched the series of presentations at LIT Thurles and was careful to highlight the contribution of academy sponsor Thurles Fresh Milk who were represented on the night by CEO Joe Kerrigan.

“The vision of the academy is to develop and prepare players to play for Tipperary and to prepare them for the broader club and school game,” county games manager Dinny Maher explained.

“Our mission is to develop,” Maher said before adding: “that is the key word for what we are trying to achieve here”.

County Board chairman John Devane echoed Dinny Maher’s sentiment when he insisted that the purpose of the academy was to “give all players a chance to be as good as they can be”.

One striking aspect to the academy is the quality of individuals involved in the delivery of the programme. And, one such person is Damien Young, a noted expert in the area and a lecturer at LIT Thurles.

During his presentation on Thursday evening Damien Young illustrated in detail how the academy worked and, most importantly, how, through years of research, that the Tipperary Talent Academy had developed a clear picture of what was required in order to help players to develop and be “physically prepared to deal with the demands of the game”.

This is a key point. And, Damien Young went to great lengths to explain why the focus of the academy was on athletic development. Indeed, it was fascinating to learn the lengths that the academy was prepared to go to in order to help players to develop and condition them to meet the demands of the game.

“You are going to be in safe hands,” Damien Young assured all present.

“Strength and conditioning is getting a bad name,” the Drom & Inch stalwart explained before adding that “the underlying principle is to make you a better hurler or footballer.”

“We will make you a better player,” Damien Young said.

“It is very important to put parents’ minds at ease regarding gym work,” games manager Dinny Maher added - the induction evening was also attended by the parent(s) of each individual player.

“It is not about putting lads under a bar and lifting weights,” Dinny Maher added.

During the course of the evening Tomás Dorney introduced the sophisticated Smartabase system which is used by the academy to monitor players in terms of their playing/training activity, injury status and general wellbeing.

And, when introduced on Thursday GDA Andy Ryan made a significant contribution to the evening when he aptly described the Thurles Fresh Milk Tipperary Talent Academy strength and conditioning programme as an “opportunity” for the players to take advantage of. Indeed, Andy Ryan highlighted to the assembled players that they enjoyed an opportunity which generations of Tipperary inter-county players did not.

Paul Collins, the Tipperary minor hurling manager, encouraged the players present to embrace that opportunity, absorb what the coaches had to tell them and described the entire framework as a “very, very exciting prospect” for all of the players involved.