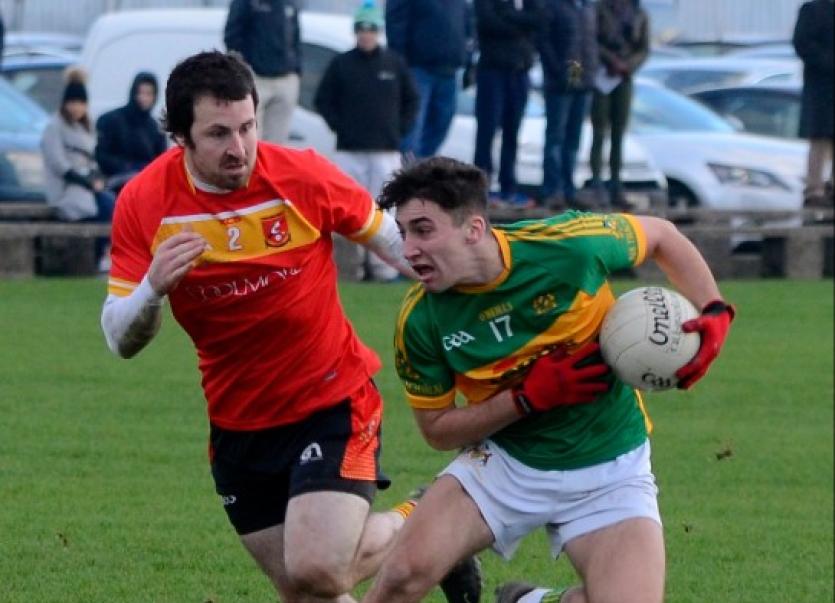 Clonmel Commercials had a relatively comfortable victory over Killenaule in Sunday's South Tipperary Senior Football Championship semi-final in Monroe, with their nine-points victory setting them up for a final meeting with Ardfinnan.

The Clonmel club started slowly and Killenaule led by 1-3 to 0-4 after 11 minutes, the goal scored by Liam Meagher in the third minute.

However Commercials never looked back after they took the lead just a minute later, when Michael Quinlivan scored their goal from the penalty spot after Conor McGeever had been fouled.

They led at half time by 1-9 to 1-3 but could have been even further ahead, kicking seven wides in that opening half and another seven in the second. On a few occasions in the first half they tried to engineer openings for goals when they could have extended their lead with points, and their finishing didn't always match their fluent approach play.

However the Clonmel side still had an edge about them, as they seek to make amends for their defeat in the county championship semi-final by winning the divisional title.

The Kennedy brothers, Conal and Jack, dominated around the middle of the field and the side also included another Kennedy brother, Colman, who was making his second appearance this season following his return from the United States.

Conor McGeever kicked three fine points from play while Ryan Lambe, Padraic Looram and Michael Quinlivan (until he departed with a knee injury midway through the second half) also shone in attack.

Because of their involvement in the U-21 hurling championship, Killenaule were short several players. They made a promising start but soon faded and after Thomas Keaveney kicked their third point they didn't score again for another half an hour, when Michael Doyle pointed.

By that stage, however, they were eight points behind and didn't look like getting back into contention.

Tony Doyle, Liam Meagher, Thomas Keaveney and Michael Doyle tried hard for The Robins, who had late consolation points from substitute Eoin Shaw and Tony Doyle, who kicked a point from play and a free.