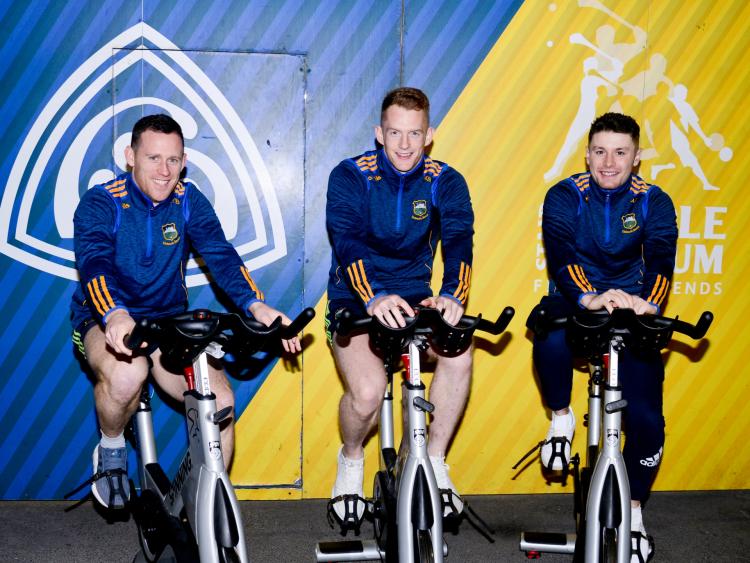 The 2019 Tipperary senior hurling panel, supported by past players, will take on one of their most important challenges ever just days out from Christmas as they embark on a major fundraiser in aid of the ‘Running for Josie’ project and the Amanda Stapleton Benefit Fund. The entire senior hurling squad plus some recently-retired inter-county players will take on the 'Four Divisions Fundraiser' - a three-event fundraiser held in Cashel, Clonmel, Nenagh and Tipperary on Saturday, December 22nd.

The players will deliver Christmas early to would-be hurling stars of the future as they give (on a first-come first-serve basis) a dedicated training session to under-12 players from clubs across the divisions. A family fun day will also be put on at the four individual centres on the same day while the players themselves will also cycle, in relays, the equivalent of the distance from Malin Head to Mizen Head on exercise bikes in the respective town centres.

This is a significant commitment just three days out from Christmas and is, as organising committee member Noel McGrath explains, the least that they can do for two charities that they share a special connection with.

“The Amanda Stapleton Benefit Fund and Running for Josie project are charities extremely close to our hearts. Paddy Stapleton is, of course, Amanda’s brother and Seamus is Josie’s son. Both of those guys were integral to what we achieved as a team back in 2010 and when you achieve something like that with a bunch of guys there’s a tie that never breaks,” Noel McGrath said.

“When we regrouped as a squad, Liam Sheedy asked us if there was something we wanted to do off the pitch, as it were, and there was no doubt in anyone’s minds, but it was to try and raise funds for these two charities.”

McGrath said that the courage shown by Amanda and Seamus is humbling.

“Amanda is incredibly brave, much braver than any of us could ever be and we just want to try and do our bit for her; to walk with her some part of the journey and raise some funds. We’re in awe of her courage really and Paddy and his family are part and parcel of what we are.

“Seamus, on the other hand, is doing something completely out of the ordinary to raise money and awareness for one of the great issues that faces Irish people today, mental health. He lost his own mother to it and none of us can really understand what that could have meant to him, but it’s typical of Seamus, one of the most determined guys I’ve ever known, to take on a challenge like running a marathon on the Antartic. His goal is to raise €200,000 to fund therapy for two hundred people through Pieta House and, incredibly, he deserves all of our support.”

The training sessions for under-12 club squads will see them get an hour-long slot each with the sessions running from 9am to 4pm. Each session will have a 15-minute game at the end. Clubs, who will be asked to make a donation of €200 each, can sign up by contacting any member of the Tipperary senior hurling panel. And, each club will be entered into a draw for Gaelic Armour jerseys.