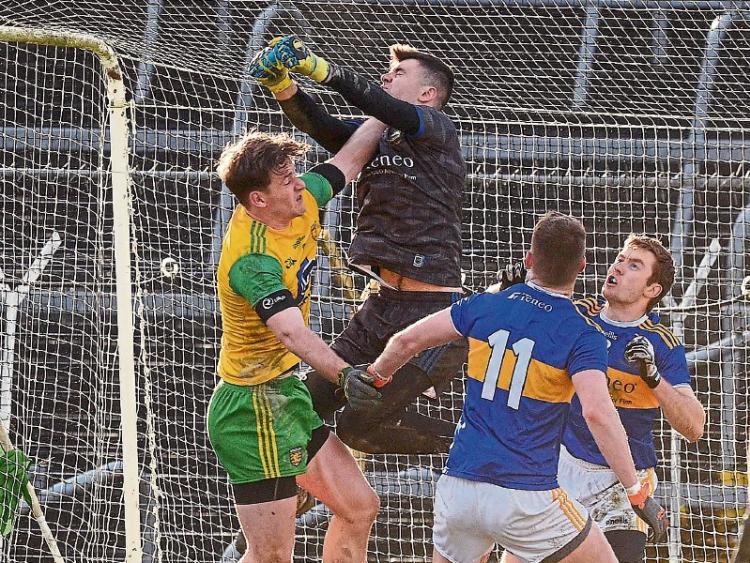 It’s seems not everyone in Donegal was disappointed on Sunday last when Tipperary goalkeeper Michael O’Reilly pulled off his superb first half penalty save from Donegal’s forward Jamie Brennan. The simple reason being that the Clonmel Commercials custodian, making his first senior start for the county, has some interesting Donegal connections - and goalkeeping ones at that.

Michael’s grandmother Kathleen (Cissie) who passed away last month in her 96th year, hailed originally from Ballyshannon, County Donegal, the last surviving member of the well-known Cleary family. Cissie was predeceased by her brothers Seamus and Tommy.

On Sunday last young Michael was following in the family tradition of being the goalkeeper on the team. The late Seamus Cleary was a renowned keeper with Ballyshannon and Donegal, while his cousin, Thomas Cleary, better known around Ballyshannon as 'Lucky',  was the goalkeeper on the Donegal minor team in 1980 and was on the De La Salle team that won an All-Ireland title that same year. 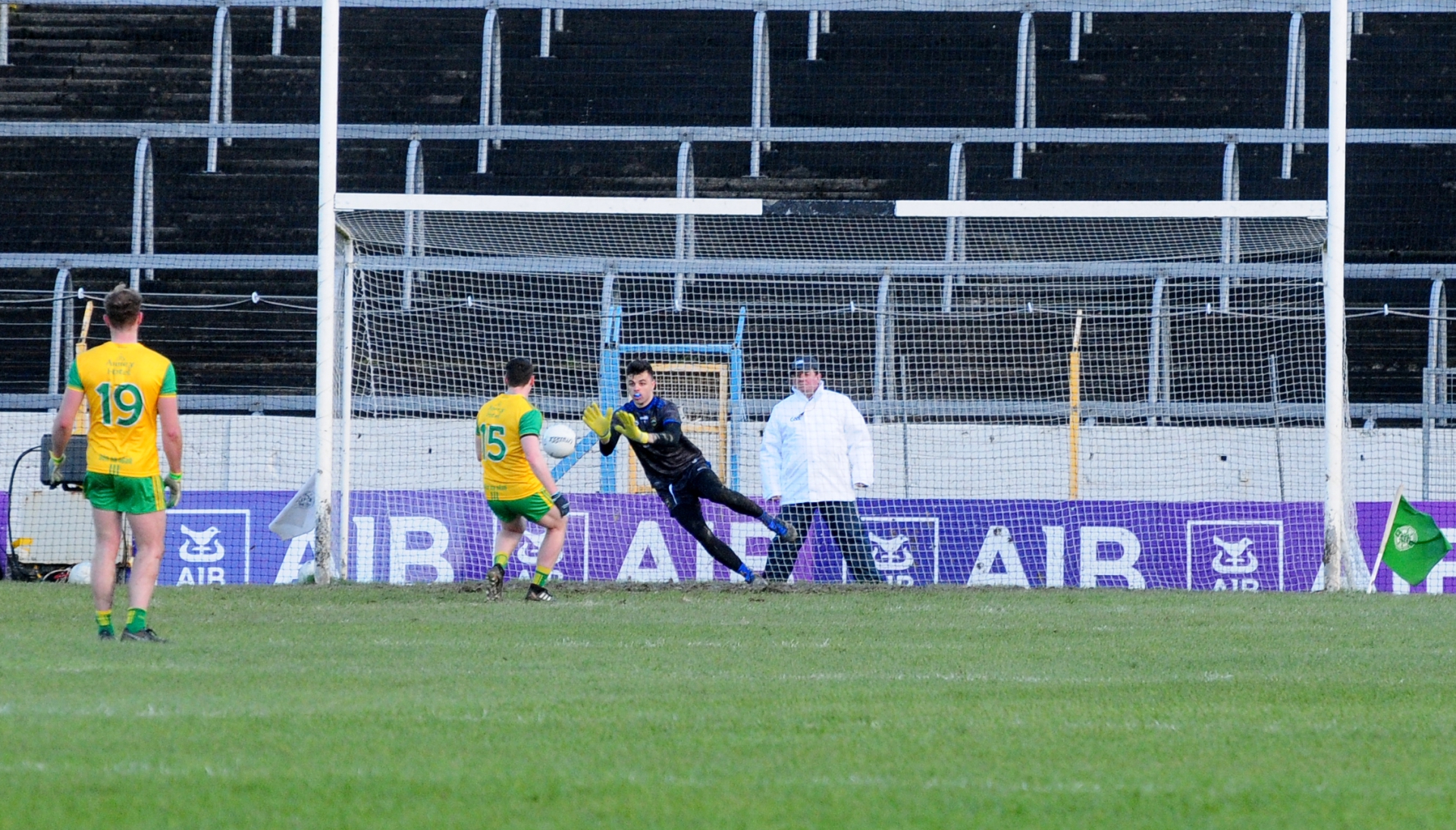 Michael O'Reilly about to save Jamie Brennan's penalty

Amazingly, his cousins in Ballyshannon were not aware that Michael was playing on Sunday last  for Tipperary in Semple Stadium, Thurles, against Donegal. They had been down for his grandmother’s funeral in January but at that stage Michael wasn’t first choice keeper for Tipperary.

Following Evan Comerford’s injury late in the game against Fermanagh on Sunday week last, Michael was introduced as a sub in the 69th minute and one of the first things he had to do was take the ball from the back of the net after Sean Quigley scored a controversially-awarded penalty a few minutes later. It was a baptism of first for the debutant O’Reilly.

Tipp stun Donegal in for first win in 38 years

But he put all that behind him on Sunday last producing a performance that included a lot more than just a vital penalty save that would have handed the Ulstermen a five-points lead coming up to half-time if it had gone in. This time O’Reilly guessed correctly and dived to his right to deny Donegal what might have been an unassailable lead.

It was a performance from the 21 year-old, who rates another Donegal man Charlie McGeever as the biggest influence on his career to date, that won plaudits from county manager Liam Kearns afterwards.

"I want to give special mention to Michael O'Reilly, playing in his first game, making his debut, saving a penalty and his kick-outs were excellent.

"I thought he did a great job in goals and that was a huge boost to all the other players. He's got to get a special mention really.” 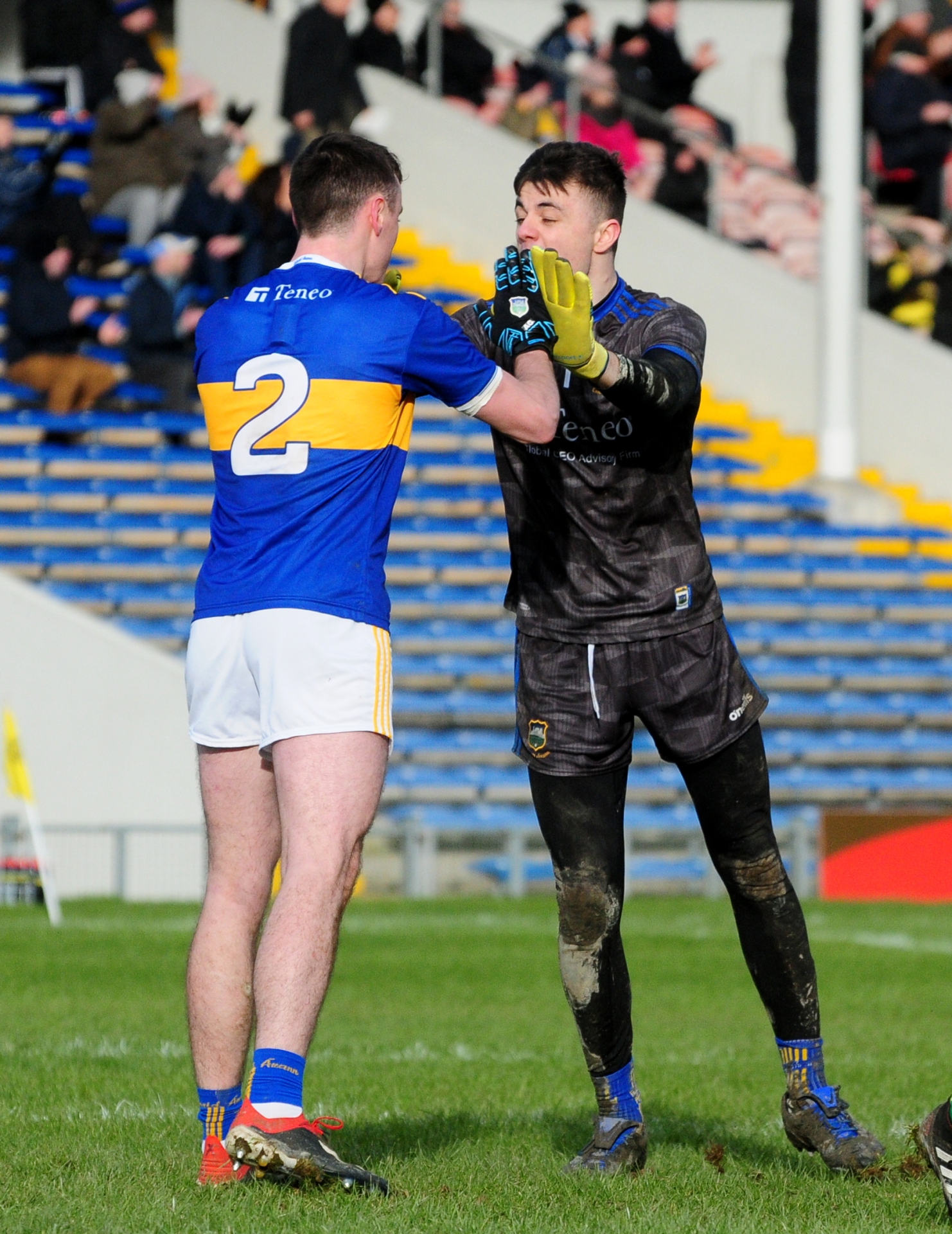 “We only have him in since last year, he was third choice goalkeeper (behind Evan Comerford and Ciarán Kenrick) and he did a fantastic job out there today including saving the penalty. The penalty save was crucial. A six points lead with the wind would have been a different story, it would have been difficult,” added the Tipp manager.

With Evan Comerford out for another few weeks with a quad injury, Michael O’Reilly will hold the No. 1 jersey for Tipperary’s next game on Sunday week away to Armagh.