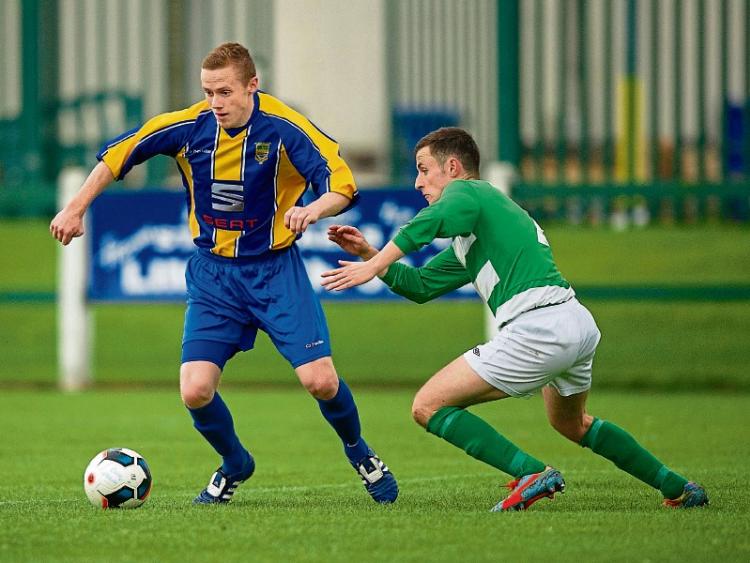 St Michael’s welcomed Cork side Lakewood Athletic to Cooke Park on Sunday and booked their place in the quarter final of this year’s Munster Junior Cup after a well-deserved win but a poor game played in tough conditions.

The Cork side had put Clonmel Celtic out in the previous round but they never looked like putting a second Tipperary side out as the Saints took control from the off. After Ollie O’Driscoll gave his side the lead in the eight minute the Saints controlled the game.

They were wasteful however in converting chances that they created and were unable to add to O Driscoll’s goal until the final fifteen minutes when Jimmy Carr hit two more to ensure the victory.

The visitors did manage to get a goal back through Arseni Lanenov, but they never looked like they were going to rouse any kind of a comeback.