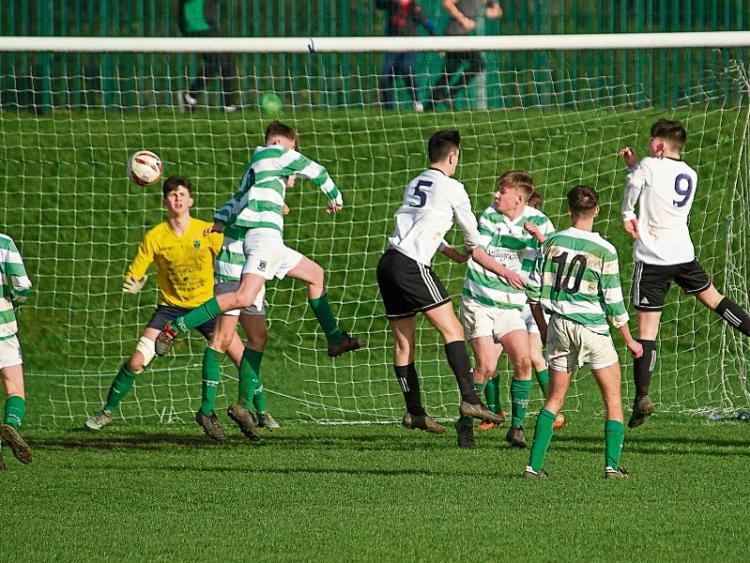 Cahir Park’s youths completed the league and cup double on Saturday last when they beat Division 2 side Clerihan at a wet and windy Celtic Park in Clonmel in front of a vocal crowd of supporters from both sides.

In very windy conditions, The Park elected to play against a ‘gale’ in the first half, and both teams played with great intensity particularly in midfield even with the weather conditions making it very difficult.

Midway through the first half came the first real chance when Cahir’s Jake Kiely played a great ball to Kieran Crotty who broke down the right, beat two defenders and picked out David Clifford who sliced his effort wide.

Clerihan then created two excellent chances of their own, both from free kicks, but despite hitting the crossbar with one, the scoreline remained at 0-0 with half an hour played. Seven minutes from the break, Cahir thought that they had finally broken the deadlock when a free was played over the top of the Clerihan defence, and with his back to goal, David Clifford rose to head the ball over the advancing keeper, but after the ball had nestled in the net play was called back for an infringement.

The Division 1 League champions came out for the second half looking to use the advantage of the elements and they continuously pegged back the Clerihan side, who were resolute in defence, but slowly beginning to give more and more ground. 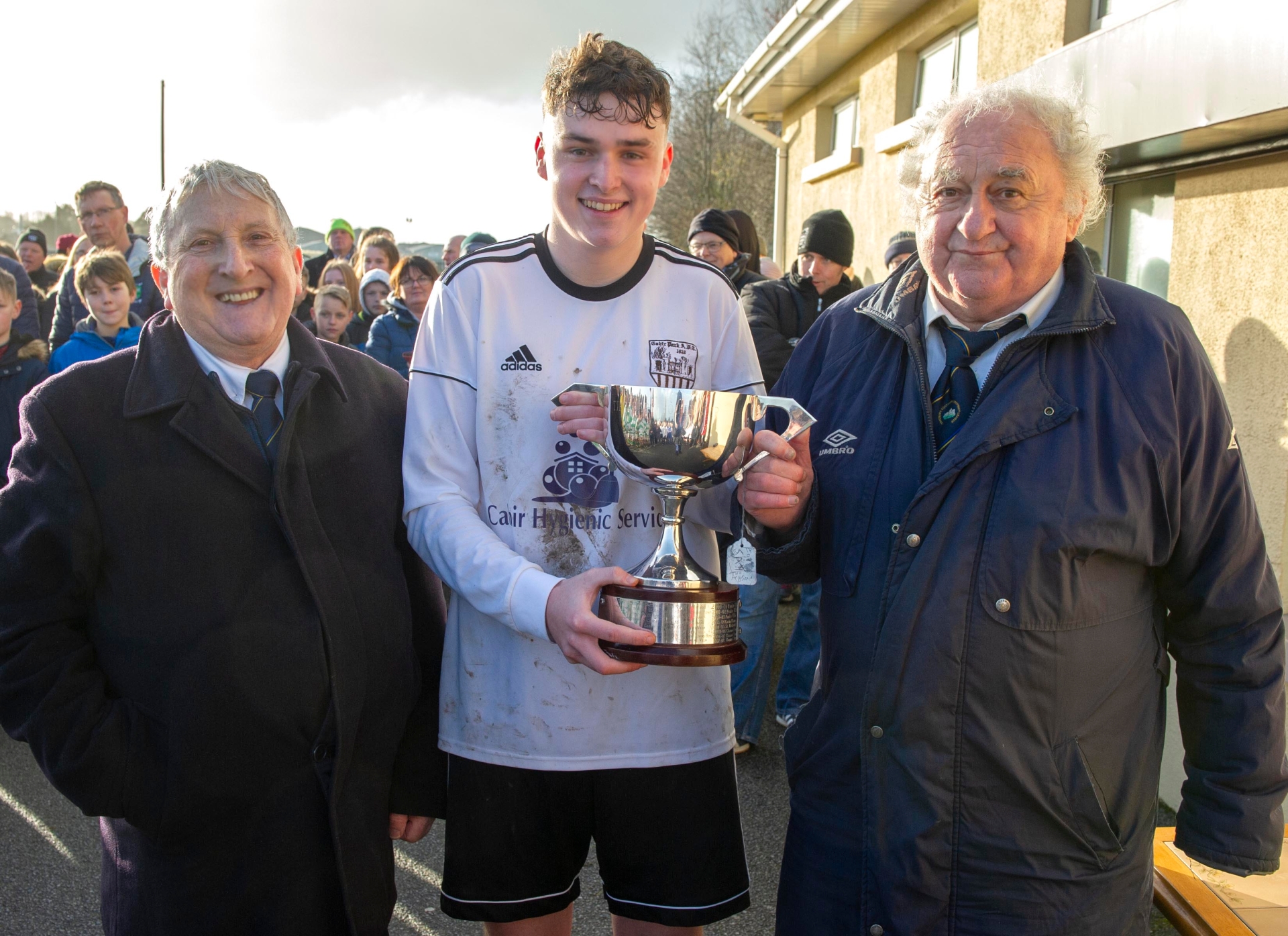 Just after the hour mark the game turned. Clerihan’s Aaron Kiely did fine work at the corner flag beating the opposing full back and raced along the end line into the penalty area where he was clearly upended. The referee had no hesitation in pointing to the spot, and Aidan Maher  made no mistake to give the underdogs an unlikely lead.

The Park’s response was to push even harder and they took almost complete possession of both ball and ground, eventually forcing an equaliser when Cathal Berrigan swung an undefendable corner to the far post and Ross Gavin rose to powerfully head home and make the score line 1-1 with 20 minutes to play.

Clerihan seemed to visibly tire after this and more and more space began to emerge. But yet despite this it looked like the game was destined for extra time when with only two minutes left of the clock another corner kick was conceded and this time David Clifford rose to head the ball into the roof of the net and put Cahir Park deservedly in front. They managed to hold onto this lead for the final few minutes and celebrated their double win ecstatically at the end of the game.