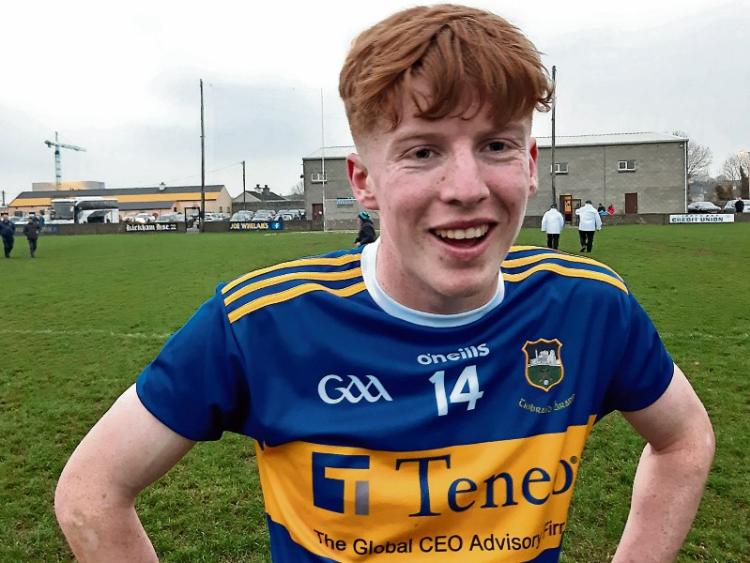 A blistering first half from the home side saw the game over as a contest by the 22nd minute at which stage Tipperary led by 3-5 to 0-4 with the goals from Kyle Shelly, Paddy Creedon and Tom Tobin. At the interval Tipp were full value for their 12 points lead at 3-8 to 0-5 being dominant in every line and with some superb individual showings during that opening 30 minutes.

If the first half was a scoring fest, the second half produced only 1-1 from open play - Tipp converted four frees, Waterford two frees and failed to score from open play.

But there was never going to be the same intensity after the break with the issue already well decided. Tipp’s fourth goal came in the fifth minute of added time from team captain Kyle Shelly who ended the game with a personal tally of 2-8 (0-6 from frees) in an individual excellent display from the Moycarkey/Borris club man.

While it is hard to judge Tipperary’s performance on the night as Waterford were a beaten side very early, one can only perform against the opposition in front of you, and in this regard Matt O’Doherty’s side did their job very well. You can’t ask for or expect anything more.

All through the team there were some excellent performances with Paddy Creedon and Tom Tobin at midfield outstanding, the former’s strong running through the middle causing the Waterford defence headaches in the opening half in particular.

The pace, inter-exchanging, and honest hard work of the forward division was impressive with an extra man always popping up to add to the attacking threat. Luke Seacy at wing-forward put in a massive hour covering every blade of the field before his eventual substitution near the end.

Next up for Tipp is a trip to Cusack Park in Ennis next Wednesday night for what manager Matt O’Doherty called “the lions den” after this victory. Only then will we get a true indication as to the strength of this minor team, but tonight they couldn’t be faulted for their commitment and hard-work and hunger from the throw-in. Hopefully we will see more of the same against Clare and against Limerick the following week.