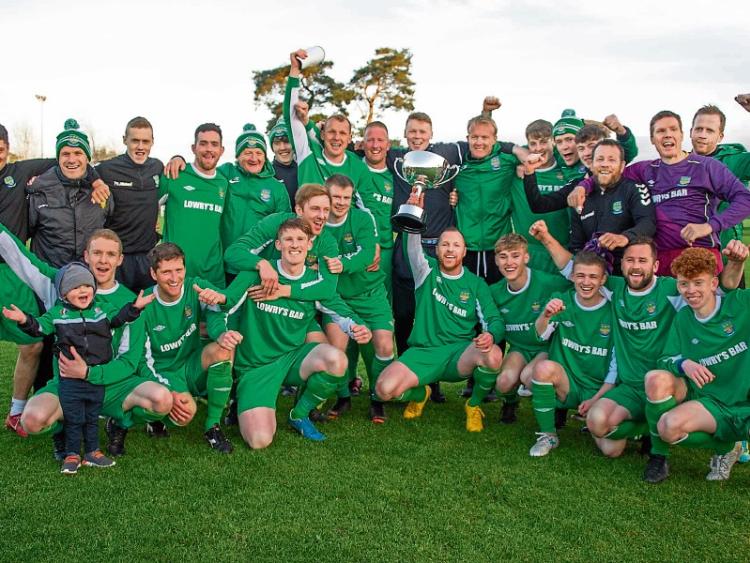 FAI celebrations are put on hold for now for St. Michael's

“St Michael’s AFC have today been informed by the FAI Junior Council that Saturday’s FAI Junior Cup Final has been postponed as Aisling Annacotty FC have submitted a protest following their semi final fixture vs Sheriff YC last Sunday, May 5.

“St Michael’s AFC cannot confirm when the Final will now take place as the Protest Procedure must be followed to a satisfactory conclusion.

“St Michael’s AFC will reimburse all supporters who purchased their tickets through the club this Friday in our clubhouse 7 – 8.30pm.

“Anyone who purchased a ticket please bring it with you to Cooke Park on the night.

“We would like thank everyone for their understanding during this process, and as you can appreciate this Process is outside of our clubs control and we ask you to continue to support the team in the coming weeks,” concluded Mr Hassett.

Aisling Annacotty are objecting in relation to player registration on the Sherriff YC teamsheet from their semi-final last Sunday when they defeated the Limerick side by 1-0. With little time to arrange a hearing, it is believed that the blue riband event of the Junior soccer calendar could be postponed to another date.

Objections and appeals have marred this season's competition with both Aisling Annacotty and Regional's quarter final wins over Westport and Sheriff YC, respectively, both having been appealed to the FAI. Aisling won their appeal, while Regional were removed from the tournament to be replaced by the Dublin kingpins.

St Michael’s AFC who defeated Donegal side Glengad United in their semi-final will be trying to stay focused on the job in hand but the uncertainty around off-field arrangements such as transport and other bookings remains very much up in the air at this late stage.

Having already won the Munster Champions Cup and the Tipperary Premier League, Tipperary soccer kingpins St Michael's are bidding for an unprecedented five trophies as the 2018/2019 soccer season comes to a conclusion.