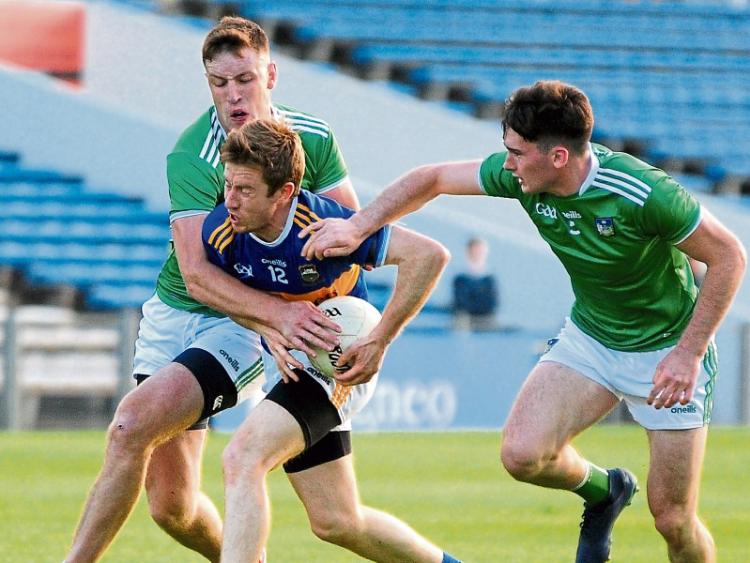 The unexpected defeat for Tipperary senior footballers against Limerick in the first round of the Munster Senior Football Championship as Semple Stadium has exacerbated what has already been a very disappointing year for all involved in Tipp football.

Relegation from Division 2 of the National Football League in March, in a seven-game campaign that yielded just a single win, was made a whole lot worse with Saturday night’s exit to Division 4 side Limerick, who were in the process recording their first provincial success since 2012.

The visitors were rank outsiders to prevail with a 9/1 price on offering for their shock victory against Tipperary who  were “were beaten a long way from home” according to team selector Shane Stapleton after the game.

So where has it all gone wrong in what is fast becoming an “annus horribilis” for a team who just a few short years ago contested an All-Ireland semi-final and came close to promotion to Division 1 in the League only 12 months ago.

This year’s League campaign was plagued with an injury crisis from start to finish but despite all that Liam Kearns had to contend with in that regard, his side were still battling for survival on the very last day of the campaign before losing out to Clare in Thurles. Hopes were high then that the return of a full complement of players plus the game time afforded to new players during the league would reap dividends come the Munster Championship quarter-final against Limerick in May.

But Saturday night’s performance was, without question, the most disappointing showing by Tipperary, league or championship, since Liam Kearns took the reins in 2016.

On this occasion Limerick looked the more focused time from the outset. They more than matched Tipperary in approach, and their hunger and commitment, energy and drive, was way ahead of the home side all through.

It seemed to me that there was an ‘expectation’ in the Tipp camp that it would all come right on the night. But on Saturday night it looked like Limerick were mentally, as well as physically, way ahead of Tipp. Too many Tipp players never hit their top game, and some of the team selections which raised eyebrows before the game didn’t work either. The management can put their hand up too – and they did.

This was a chastening experience for the Conor Sweeney captained side. But it is over and done with now. The question is will this setback hurt Tipperary football enough to provoke the desired response.

There is an old adage in sport that “you don’t become a bad team overnight” and it is tried and tested, and true. There is undoubtedly plenty of quality in this team and panel, previously proven, and Liam Kearns is as experienced a manager as there is in Gaelic football today.

After the Limerick defeat team selector Shane Stapleton was asked about how his side might respond over the summer and he replied.

“We will see Tuesday night. We are after laying down a challenge to them now. We will dust ourselves down. We will come back Tuesday night and see and whoever wants to work will be there and whoever doesn’t….. I would like to think we are better than that and that we might show some bit of form going forward in the qualifiers.

“It is a long wait for the Qualifiers. It’s a long wait but at least it will give us time to get a bit of work done.”

Despondent as he might have seemed after the defeat the Golden/Kilfeacle clubman recognises that there is plenty of talent still in this bunch of players.

“We have a lot of firepower in there (the dressingroom) that can get us back on track if we put shoulder to wheel and if we all stay together. There are a lot worse dressingrooms in terms of potential and talent than that one in there and hopefully they will stay together and maybe right a few wrongs.”

And the potential is there to do that. Momentum and form are huge in sport, and confidence also is essential which, of course, only comes from winning.

It is at times like these that the true “Friends of Tipperary Football” will be found. It is too easy and too early to start pointing fingers of blame at the manager, backroom team and players in an amateur sport. Those who doubt the commitment of this bunch didn’t experience the “absolute shock” of the dressingroom after the game on Saturday night.

Those doubting fans shouldn’t forget that it wasn’t too long ago - 2014 in fact - when Tipperary senior footballers ended an 11 year championship run without a win in Munster when the Peter Creedon managed side defeated Limerick 2-14 to 1-11 at the Gaelic Grounds. It is not as if championship wins are easily achieved ever. And it shouldn’t be forgotten either that this side ended a 72 year gap for a Munster championship win over Cork, defeated Galway in an All-Ireland quarter-final in Croke Park, and ran Mayo close in an All-Ireland semi-final. And they have given us numerous good days also against Derry, Cavan, Armagh and others.

What Tipperary football needs now is backing and support and some space to allow both management and players the chance to once again show the undoubted talent that there is in this side. Give them that.