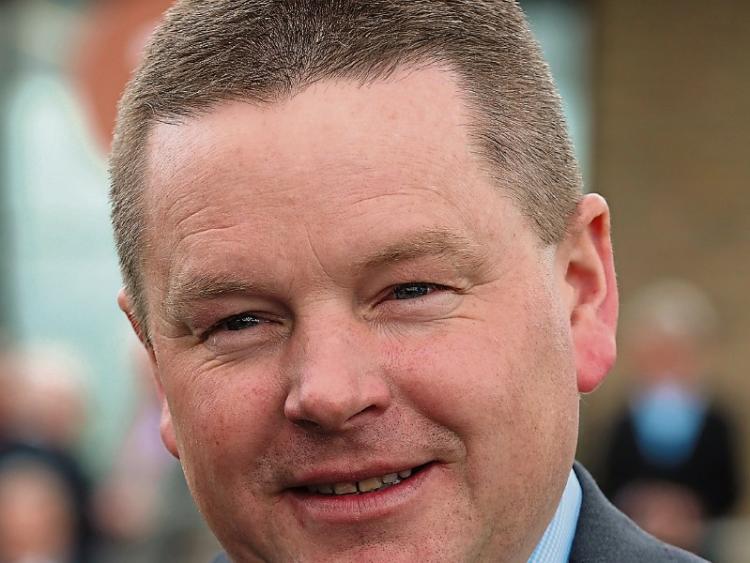 The honour of saddling the first winner at the new-look Curragh Racecourse went to Cashel trainer Paddy Twomey who landed the 6f maiden with 11/4 favourite Sunday Sovereign in the colours of the Sunday Racing Club.

He won by three lengths under Billy Lee who went on to enjoy a treble at the meeting.

Aidan O'Brien landed the two Group races on the card with 11/4 chance Happen seeing off British raider Dan’s Dream by just a short-head in the Group 3 Athasi Stakes under Ryan Moore. Moore had a far easier time of it in the Group 2 Mooresbridge Stakes where 2/9 favourite Magical comfortably accounted for her own stable companion Flag Of Honour, the length and a half winner could return to the Curragh for the Group 1 Tattersalls Stakes.

The John Ryan-trained Presenting Mahler recorded her eighth career success when making all to win the feature 2m handicap chase at Down Royal on Monday. Kevin Brouder was in the saddle as the 4/1 shot made all the running to score by all of 12 lengths. It was a second winner on the afternoon for Brouder who had earlier taken the 2m handicap hurdle on Glendaars Warrior for Dermot McLoughlin.

Denis Hogan continues in the best of form and he saddled Classic Escape to land the 2m5f opportunity handicap hurdle at Ballinrobe on Tuesday. The 7/1 chance, owned by the Tough Times Partnership, raced to a 12-length success over Oskar High under a confident Shane Mulcahy.

Andy Slattery landed the 2m1f beginners’ chase with 3/1 shot Cooldine Bog which got the better of Cliff House late on to score by half a length under Cathal Landers. Hogan created a little bit of history on Friday evening at Cork as his generally consistent performer Turbine won the first race on Cork's new seven-furlong straight course. The mount of Killian Leonard kept on strongly to land the Matchbook Straight Seven Handicap for the Boherna-based stable.

Wednesday evening’s fixture at Gowran Park got off to the best possible start for Joe Murphy who teamed up with Gary Carroll to land the 7f maiden with Galtee Mist. Owned by Tom Egan and Bridget Dillon, the 11/2 chance made all the running to score by a neck from the Brendan Duke-trained Tham Luang. Shane Crosse initiated a double when he won the 8f fillies’ maiden with Miss O Connor which is trained on the Curragh by Johnny Feane. It was a fair performance from the 16/1 chance which was up to making a winning debut. The champion apprentice got a second winner 30 minutes later when he took the median auction maiden on 5/2 shot Snapraeceps, trained by Joseph O'Brien.

At Chester on Wednesday, Sir Dragonet put himself in the Derby picture as he turned the Chester Vase into a procession. The Aidan O’Brien-trained colt only made his racecourse debut 13 days previously but is now 5/1 second favourite for the Investec Derby at Epsom after making it two wins from two in stunning style.

Sent off at 13/2, Sir Dragonet scorched eight lengths clear under Donnacha O'Brien as Norway stayed on into second to give O'Brien a 1-2 in the race. Circus Maximus rewarded favourite backers’ faith with a gritty victory from his Aidan O'Brien stablemate Mohawk in the Listed Dee Stakes on Thursday. He is a 16/1 chance for the Derby.

Paddy Twomey got a second winner on the week when Loveisthehigherlaw took the 10f fillies’ maiden at Cork on Friday night. Billy Lee was again in the saddle as the 12/1 chance won by three-parts of a length.

The following afternoon at Naas, Shane Crosse got a second winner when taking the 5f handicap on the Garvan Donnelly-trained 14/1 chance Plough Boy. At Naas the following afternoon, Woody Creek was a winner for Fozzy Stack and Andrew Slattery as he landed the 6f handicap, beating his own stable companion Empire Line by half a length at odds of 12/1.

Patience paid off for Carrick-On-Suir trained Mark Cahill and owner Frank McNulty as Pilgrim Way won the 2m4f handicap hurdle at Cork on Saturday. The 6/1 chance had been off the track for over a year and a half before returning with a second-place effort at Cork last month and he went a place better here with a three-length success in the hands of Sean Flanagan. Denis Hogan both trained and rode the Michael Moloney-trained Macgiloney to win the 3m maiden hurdle, the well-backed 7/4 favourite beating market rival Foxy Jacks by two lengths.

Aidan O’Brien’s hand in the Epsom Derby next month seems to be getting increasingly stronger with each trial run and Broome was the latest to stake his credentials when giving the trainer a twelfth win in the Group 3 Derrinstown Stud Derby Trial at Leopardstown on Sunday.

Broome backed up his victory in the Ballysax Stakes last month by leading home a 1-2-3 for the champion trainer in the hands of champion jockey Donnacha O’Brien. Blenheim Palace was second and Sovereign finished third, but it is Broome who will go to Epsom attempting to emulate Galileo and High Chaparral in doing the Derrinstown and Epsom Derby double.

“He's lazy and that's his way of racing but we're very happy with him,” O’Brien said. “He did well to make up the ground he did very quickly and the plan for him this season was always to start in the Ballysax, come back here for the Derrinstown and then head on to Epsom. He learnt plenty today being in amongst horses and that will help him when he goes to Epsom.”

The day got better for the winning rider who went on to take the last two races on the card with King’s Vow, trained by his brother Donnacha and Il Paradiso, another for his father in the concluding maiden.