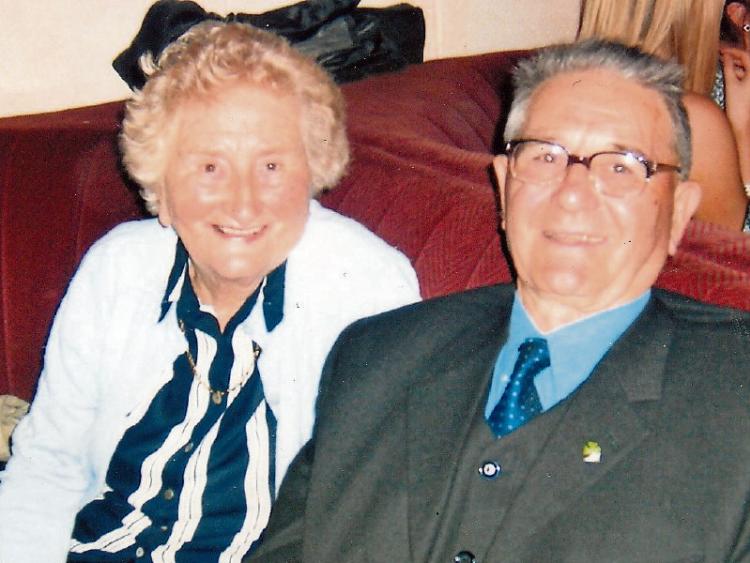 The late Jim Kennedy pictured with his wife Lily. A cup has been dedicated in his memory for his tremendous contribution to Tipperary Ladies football.

The inaugural Jim Kennedy Cup County ‘A’ Post-Primary Schools Final was held on Tuesday, May 7 last with Loreto Clonmel taking on the Presentation, Thurles.

The Cup which was named in memory of the late Jim Kennedy, a founding member and former Chairperson of  Tipperary Ladies Football and also the first-ever national President of the LGFA.

Jim sadly passed away in January 2018 but his hard work in the early days of the Association will long be appreciated and remembered.

Jim also was widely known for his fundraising activities on behalf of Tipperary Ladies Football organising raffles and dances.

The Board of Tipperary Ladies Football felt that it was fitting to acknowledge the hard work and achievements of one our founding fathers with this memorial cup. 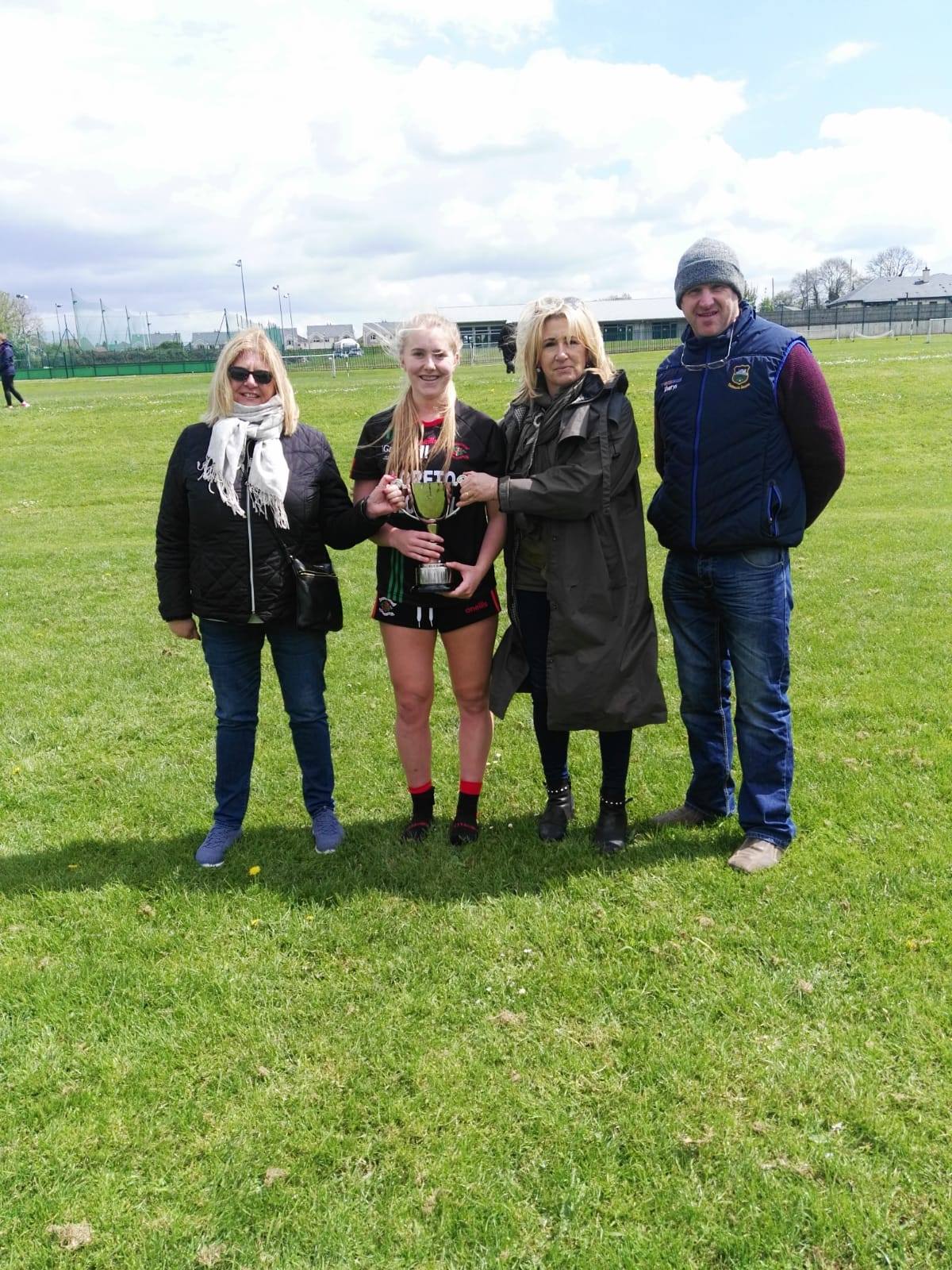 The Association were also delighted to have two of his daughters, Dolores and Martina, on hand to present the Cup to Loreto Clonmel winning captain Anna Carey.

Loreto Clonmel defeated Presentation Thurles on a scoreline of 6-11 to Presentation, Thurles 3-5.