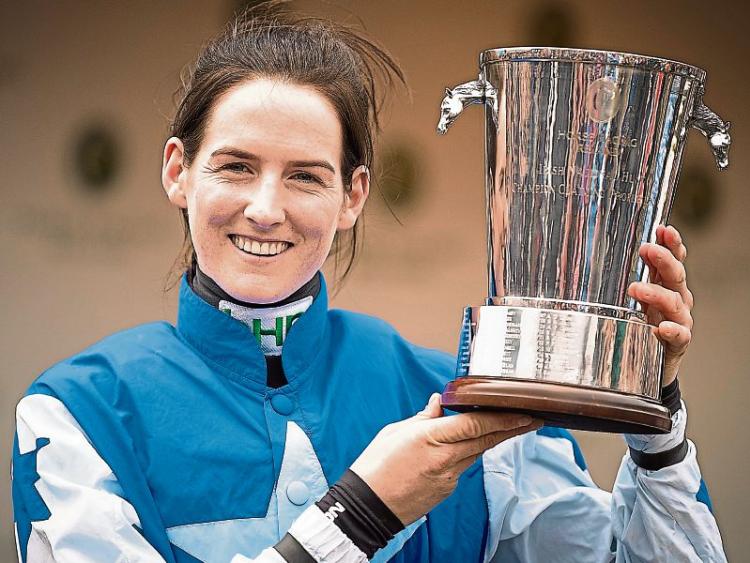 Tipperary jockey Rachael Blackmore suffered a heavy fall in the second race at Clonmel on Thursday night that left her out of action for the remainder of the card.

And it proved to be a costly miss for the brilliant Killenaule jockey as the next three rides she was booked for all won.

Blackmore, who is enjoying a remarkable season, fell at the second fence on board Game Present in the Clonacody Maiden Hurdle.

Medical personnel were immediately on the scene and the hurdle was by-passed by the other horses on the second circuit.

Blackmore was unable to ride for the remainder of the meeting at the Powerstown Park track.

Davy Russell deputised for her on Ourauldman in the next race, the Sliabh na mBan Handicap Hurdle, and he came home an impressive 10/1 winner on the Henry de Bromhead horse.

Blackmore was due to ride de Bromhead's Megalomaniac in the Clonmel Handicap Hurdle with Sean Flanagan getting the ride and he steered it home to a 9/2 victory.

And Flanagan was the beneficiary again in the following Clonmel Racecourse Supporters Club Novice Hurdle with victory on the 13/8 favourite Visioman.

That could have been at least a treble for Rachael Blackmore on her home track but the important thing was her well-being after the fall and all her fans wish her well and hope to see her back racing as soon as possible.