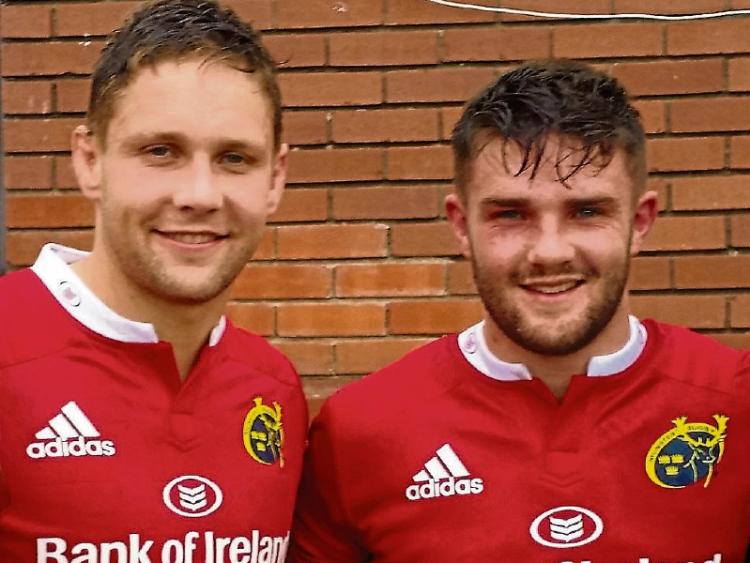 Clonmel's David and Bill Johnston. It has just been announced that the younger brother Bill will join Ulster from next season.

On Monday last  it was announced that Clonmel native Bill Johnston is to switch his rugby allegiance from Munster to Ulster for next season.

The 22 year-old out-half will be hoping to kick-start his career up north having been limited with opportunities to show his undoubted talents under Johann van Graan at Thomond Park.

The former underage Moyle Rovers GAA player and Rockwell College student played a huge part in the Ireland Under 20 team's march to the World Championship finals in 2016, including victories over Wales and New Zealand.

He went on to make his debut for Munster in March 2017, making 12 appearances in all,  but the  opportunities in the red jersey of Munster that many envisaged would materialise just didn’t happen. Since the arrival of Joey Carbery   from Leinster last season Johnston’s first squad game time has been  further reduced.

Bill, the younger of two top class ruby playing brothers, is now greatly looking forward to what he considers “a great opportunity” to test himself in an exciting new environment and develop his game under Dan McFarland at Ulster.

"Ulster has a talented young squad that is hungry for success and it’s an organisation that’s clearly moving in the right direction. That’s something I really want to be part of and I can’t wait to make the move to Belfast and get stuck into pre-season training."

Bill's older brother, David,  a former Munster player and underage Irish international,  who can play both at centre or  full-back,  has just completed a successful  first season at English championship side Ealing Trailfinders in west London. Ealing finished  runners-up to London Irish in the league with Johnston starting 16 games and the team running in 144 tries over the season.

We wish both the Johnston boys the very best in their rugby careers.