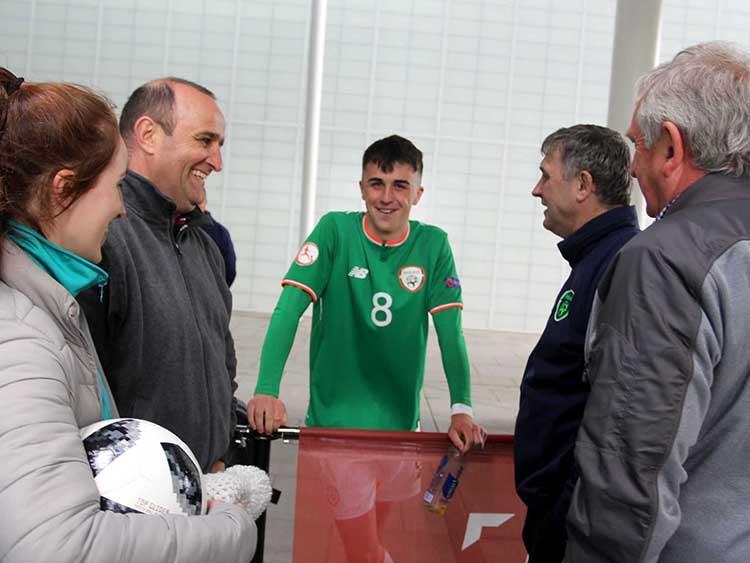 On June 26 Barry Coffey started for Glasgow Celtic in a 6-1 win over SC Pinakfeld in Austria while the midfielder was then introduced as a substitute in a 2-1 victory against Wiener SC on June 29.

Speaking during an interview this week in Limerick the Glasgow Celtic International Soccer Academy manager John McStay heralded the impact of Barry Coffey at the club: “It was actually my father (Willie) who identified him - he is head of recruitment at Celtic and he brought him over to Celtic. He is doing very well. He actually played in the last two first team pre-season games which is excellent - he is only eighteen”.

Mr McStay was in Ireland this week to announce a partnership between Limerick District League club Aisling Annacotty and the Glasgow Celtic Soccer Academy - the partnership programme will see Celtic’s famous soccer academy deliver camps at the Annacotty-based club and present players with an opportunity to attend elite player programmes as well as the chance to travel to Celtic Football Club as part of the overall experience.

In June 2017 Barry Coffey signed with Scottish footballing giant Glasgow Celtic. Coffey featured on the Nenagh AFC junior side which came within a point of winning the Limerick District League Premier Division league title in 2016 while Barry also inspired Nenagh AFC to a first-ever FAI Under-17 Cup title (2016) - the Blues famously beat Cork’s Wilton United 3-2 after extra-time at Pearse Stadium in Limerick on that occasion. The Republic of Ireland international is the son of Noel and Noreen Coffey and is a brother to Andrew and Maeve.