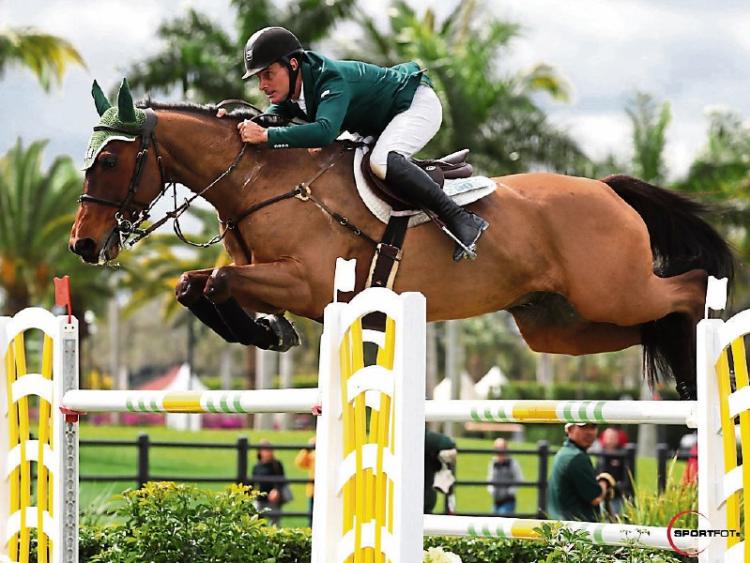 Tipperary showjumper Kevin Babington created history at the major Lake Placid horse show in New York with a 1-2-3 in the $100,000 showpiece event.

The former Olympian from Carrick-on-Suir, now based in the United States, took the first three places in a super display.

“I'm pinching myself as I could never have foreseen this happening. If you had bet me that I would finish 1-2-3 I would never have taken the bet”, said the delighted Tipp man.

“My horses have been in really good form and I was hoping for a few good rounds. I must have the luck of the Irish”, he said after his achievement that had never happened before at the Lake Placid venue.

Babington had three of the seven clear rounds in the first round and then the only three in the jump off.

He jumped first on Shorapur, his fastest horse, and set a time of 33.212 seconds.

Next up was Super Chilled to finish second on 35.436 seconds.