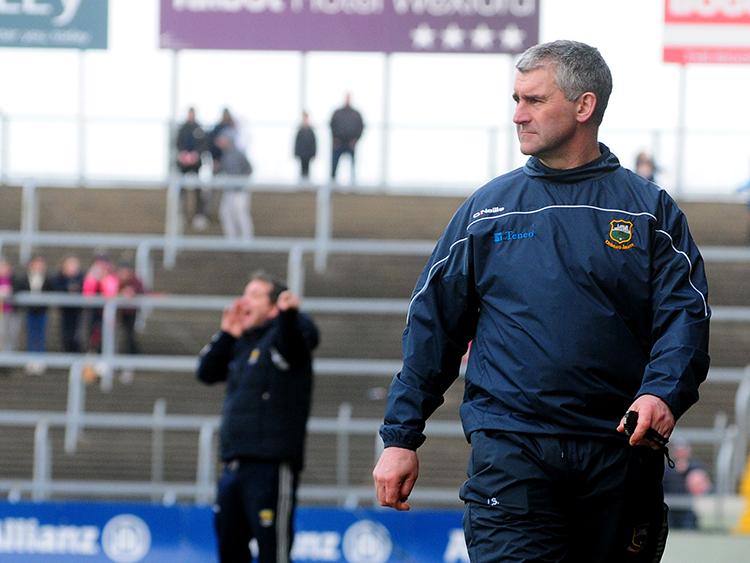 Manager Liam Sheedy has called on the Tipperary supporters to come out in force and back his players. On Sunday, July 28 the Premier County face Wexford (3.30pm) in the All-Ireland Senior Hurling Championship semi-final at Croke Park, Dublin - the game will be preceded by the minor contest between Wexford and Galway (1.30pm). And, with over 35,000 Wexford people expected to attend the semi-final Portroe's Liam Sheedy would like to see as many blue and gold supporters as possible there to roar on his men.

“I would really like to see the county come in behind this team,” Liam Sheedy told the Tipperary Star this week.

“Wexford are a passionate hurling county; they will travel in great numbers.

The result of the Munster final, however, has not diluted Liam Sheedy's solemn belief in the Premier County players.

“It’s amazing - we were probably being spoken about in the really high echelons after the first four rounds (of the championship) and after the last two matches we seemed to have been, somewhat, written off in a number of sectors. So, I suppose for us it’s really about asking ourselves what have we got in the tank?

“I am looking for the real Tipperary to come out,” Liam Sheedy said.

“The preparation has been superb. Everyone around the squad is doing everything that they can for this group and the group is responding. We will be asking the group now to go and deliver a performance in Croke Park. I have total belief in this group and their ability to go and bring a performance. If we do we have a real chance of getting to an All-Ireland final. And, if we don’t we will come up short.”