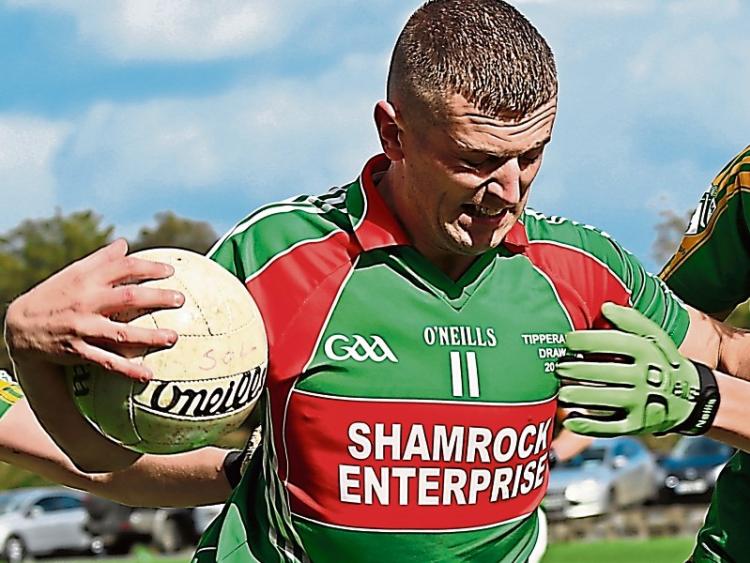 John Quinn hit 3-3 as Eire Og Annacarty Donohill guaranteed themselves a place in the knockout stages of the Tipperary Co-Op West Junior B Hurling championship.

Cappawhite went into their last game of the group knowing they had to get something out of this game to remain in the competition. Eire Og going into the game looking to recover from their opening round loss to group leaders Knockavilla Donaskeigh Kickhams and they made no mistake with a good quick start  combined with three second half goals ended.

Eire Og were quicker and sharper out of the blocks and points from David Fox, Pat Aherne and John Quinn had them four to the good by the 10th minute. Gearoid Lennon and Eoghan Ryan got Cappawhite off the mark but their task was made a lot harder after John Quinn pulled on the sliotar, hitting the net after some good work by Cian Mooney. Jack Kingston added two points in quick succession and Eire Og were well in control.  Gearoid Lennon and Michael O’Neill kept Cappawhite in touch but it was Eire Og ahead at the break 1-9 to 0-5.

Cappawhite rallied in the second half with Eoghan Ryan and Gearoid Lennon on the board early. Again though Eire Og responded with John Quinn’s second goal. Both sides traded points before Jack Kingston raised the third green flag in the 40th minute. With eleven minutes to go John Quinn added his third and Eire Og’s fourth goal. Cappawhite refused to give in, and Michael O’Neill responded with a goal from a 21 yard free, while John McGrath pointed from long range. Willie O’Neill came off the bench for Eire Og and added to the scoreboard.