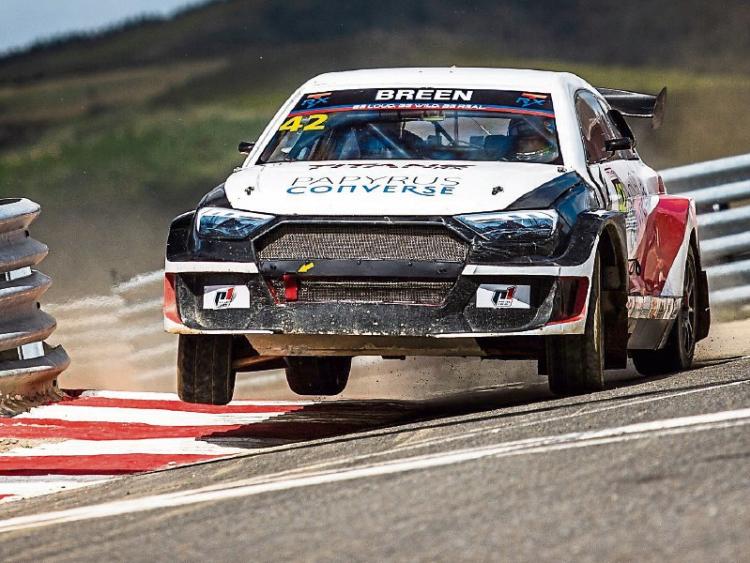 Rallysprint ace Pat O’Connell added another to his long list of victories  when his Lancer Evo finished nine seconds clear of his closest challenger in the Tipperary MC event at Waterford Airport Business Park.

O’Connell took the lead on the first of five runs and was never headed all day, beating Monaghan’s Mickey Conlon and James Bradley from Wexford to the top position.

Dubliner Richard Meeke was the comfortable winner of TDC’s Clubman Autotest at Mondello Park, with his Starlet almost 30 seconds ahead of the MX5 of Piers MacFheorais after fourteen tests. John Nolan in another Starlet finished a close third, just 1.6s further back.

Fresh from his seventh place in last weekend’s Finnish round of the World Rally Championship, Waterford’s Craig Breen was competing in the Titans RX Rallycross series in Montalegre, Portugal this weekend.

In round 6 of the Titans RX, the former Carrick on Suir Motor Club member got knocked down to last in the first corner of the final but worked his way back up to 4th place. He finished in fifth position in the final of Round 5 on Saturday where he also claimed the fastest lap in the final.

Omagh brothers Patrick and Stephen O’Brien were the winners of the Group N Production class and finished fifth overall on the Samsonas Rally Rokiskis in Lithuania this weekend.