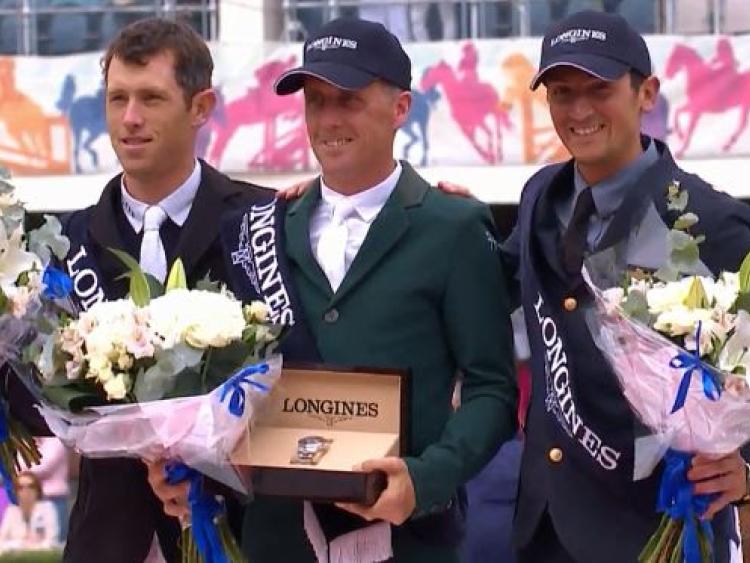 Tipperary's Shane Breen made history at the Dublin Horse Show in the RDS after he claimed victory in the €350,000 Longines Grand Prix of Ireland which was the richest show jumping competition ever to take place on the island of Ireland.

Breen had come agonisingly close to winning the Dublin Grand Prix in the past (he finished fifth with World Cruise in 2007 and more recently with Golden Hawk in 2016 when he finished as runner-up).

Breen's clear jump-off round when second last to go with the eleven-year-old Ipswich Van De Wolfsakker in a time of 34.91 saw him finish ahead of Brash in second with Hello Jefferson who jumped clear as last to go in 35.39. The only other double clear came from De Luca and Dinky Toy Van De Kranenburg who crossed the line in 38.17.

Horse Sport Ireland CEO Ronan Murphy commented: "Huge congratulations to Shane Breen on a fantastic performance to win the Grand Prix of Ireland and to Susan Fitzpatrick, Richard Howley and Michael Pender who all finished in the top ten. It shows the excellent depth of talent in our high performance jumping athletes and I also would like to congratulate Mark McAuley on being crowned leading international rider".