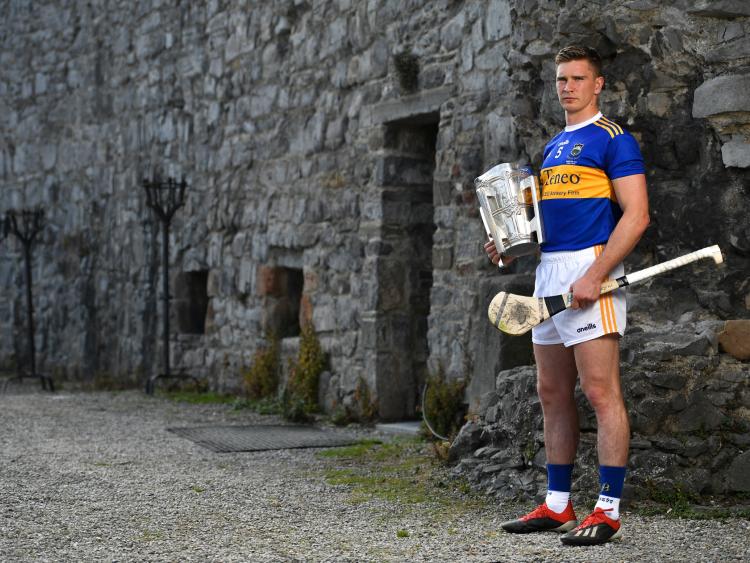 Borris-Ileigh's Brendan Maher is preparing to face into his seventh All-Ireland final against Kilkenny.

It was like cutting the twine on a catapult - fourteen summers ago (Sunday, August 7 2005) Borris-Ileigh unleashed Brendan Maher. In 2005 Borris-Ileigh faced into a Hibernian Inn North Tipperary Senior Hurling Championship final as slight underdogs against Nenagh Éire Óg. Not many knew much about the sixteen-year-old Brendan at the time, but, by God, after that decider they did - Borris-Ileigh won 1-12 to 0-13 and Brendan Maher turned that game.

Pucking around before the game the blond-haired Brendan didn't look like an instrument of fate; he looked immature and unused; like a hand without calluses. But when experienced hurling men saw what he was capable of they felt then what a racehorse trainer must feel when he sees something special on the gallops.

What was it that Belfast talent scout Bob Bishop wrote in a telegram to Matt Busby after he fixed his eyes on George Best for the first time all of those years ago: “I have found you a genius”.

Besides the 2005 North Tipp title Brendan Maher added another in 2007, but he is, of course, better known for his exploits with Tipperary.

The Premier County have won two of the six finals against the Cats thus far, drawn one and lost three. So, if Tipp edge Sunday's contest the record will stand at three wins a-piece. A fact that many commentators neglect to note, even after Tipperary's gritty 1-28 to 3-20 win over Wexford in the recent All-Ireland semi-final.

Almost immediately, and despite the circumstances associated with their victory over the Model County with fourteen men, the character of the Tipperary players was questioned with specific regard to facing Kilkenny.

“It's a question that is thrown out there all of the time,” Brendan Maher said in response to a question following the Wexford win.

“I suppose it is probably stemming from the games against Kilkenny where we have lost tight games, but you can look at that two ways: Kilkenny have been an unbelievable team over the last ten years and we have been up there with them.

“We have had our few wins and they have had their dominance over every team. So, we're sick of that being thrown around the place.

“We are not going to answer it here; it is out there (on the Croke Park pitch),” Brendan Maher said.

Everyone has their favourite player. The selection reflects the nature of the person doing the choosing. We don’t name this favourite as the greatest, we admit his weaknesses, but what is indicated is that this player means more to us than any other. He is the player who springs to mind when we ask ourselves what hurling looks like when we enjoy it most. And, to many Brendan Maher is what Tipperary hurling looks like when Tipperary hurling is played well.

There are qualities to Brendan Maher which make him an outstanding hurler, but there is something else which elevates him: his decency. The Borris-Ileigh man is an old-fashioned warrior to savour who has frequently driven Tipperary forward, but always done so modestly.

And, like most Tipperary players he has known some bad times; he has known what it is like to be built up and then knocked down.

In ways those who have lost in big games are that bit more interesting than those who have won. Serial winners are not confronted with as much - how many times have we seen the true character of the successful wildly exposed. We always think winners require the character not to lose, but, in actual fact, it is the vanquished who have to demonstrate real character.

Those who miss out are forced to reflect on the painful defeats and develop a tremendous self-awareness from that same experience.

Brendan Maher's journey, which has featured fifty-two championship appearances, has given him perspective.

You suspect that Brendan has learned from just about every thing that has ever happened to him.

His creed: concentrate on what is important.

“I think that through experience you start to realise what's important and who is important,” Brendan Maher explained to the Tipperary Star in 2016.

“When I am finished hurling I want to have no regrets. I want to be able to look back on my career and say that I gave it my all; that I represented myself with dignity; that I did my family and my friends proud.

“A lot of stuff can bog you down, but I have probably got rid of that baggage.

“In the wider sense then you want to do Tipperary proud,” Brendan Maher said three seasons ago.

“There is a lot of pressure as a Tipperary hurler, but you have to have that sense of freedom to go out and perform to your best as well. So, it’s about, maybe, accepting that there is pressure, but also realising that if I want to play the best that I know I can play I need to be going out with a free spirit. It’s about finding the balance.”

Press rewind, then and hold your finger down for a while . . . in June 2018 Clare presented Tipperary with one of the most painful defeats that the county has ever suffered.

Hurling’s oldest lesson was presented to the Premier County: the very day that you think you have the thing cracked is the day it all comes crashing down. Tipp exited the Munster championship without winning a game and, to boot, Brendan Maher tore his cruciate ligament which condemned the Borris-Ileigh man to surgery and a painful rehab process.

Typically, it takes a (normal) player twelve months to recover from such a tear, but not so with this dedicated thirty-year-old - in March 2019 Brendan was sprung from the bench against Dublin in an Allianz National Hurling League quarter-final at Semple Stadium, Thurles while he was outstanding at wing-back against Cork in the opening round of the Munster championship.

The dedication and raw determination required to plough through that body of work should not be under-estimated - eleven months after he tore his cruciate ligament Brendan Maher was back starring for Tipp.

Normally, when a talented young player emerges in any sport, it is the technique and the actual talent that gets you first; the revelation of character comes later.

When a player is young it is relatively simple to say whether he has the ability to do this or that, but only time will truly tell whether an individual has the bottle, the ambition and all those other intangible ingredients which makes hurling such an endless fascination.

Over the years Brendan Maher has sharpened his skills and strengthened his body right before our eyes.

The character of the Tipperary players may well be questioned, but with men like Brendan Maher in the team the Premier County are more than capable of delivering an answer.