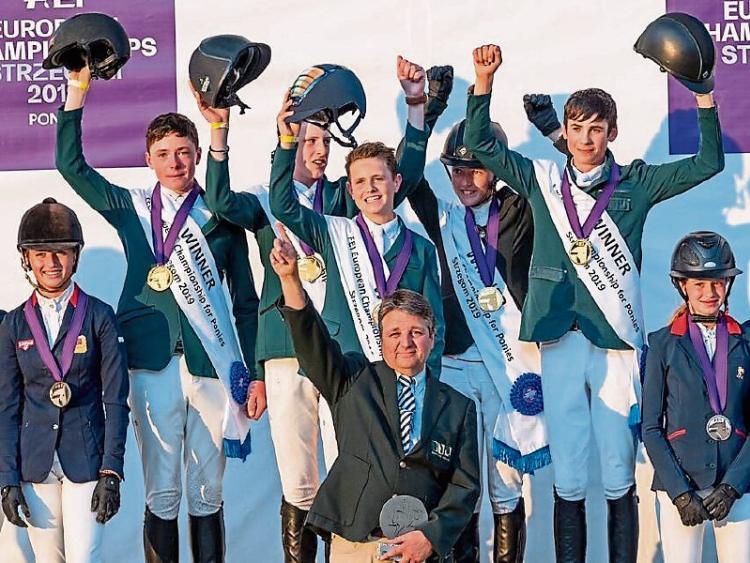 The Wachman brothers, Max and Tom, enjoyed their time at the European Showjumping Championships in Poland last week

Max and Tom Wachman, sons of David and Kate, from Cashel, excelled in the recent European Showjumping championships which were held in Strzegom, Poland last Thursday, Friday and Saturday. Max is the European U-16 champion having completed five clear rounds, a truly remarkable feat for one so young.

Max is just 15 years of age and was coolness personified on Cuffesgrange Cavalidam (ISH) through the five rounds. At the same championships last year Max had won silver and was delighted to have built on that.

On Friday Max and Tom were part of the GAIN Irish team, managed by Gary Marshal to win gold in the European Championships. Max, once again riding Cuffesgrange Cavalidam (ISH) and Tom on Ocean Des As, were part of a five man team to finish on just four faults following a gruelling final day, lasting over six hours.

On Thursday they picked up four faults which put them in 4th place at the end of the day, but on Friday the Irish team put in two clear rounds to climb above France and Germany and finish in as tie with Britain on 4 faults. As Ireland’s time was 2 seconds faster than Britain they claimed gold.