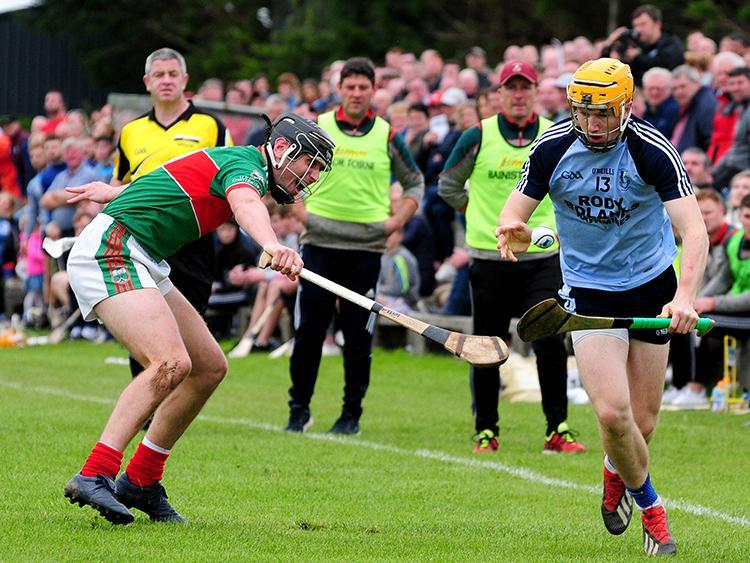 This was probably the best game of the second round of the FBD County Senior Hurling Championship as Loughmore-Castleiney and Nenagh Éire Óg delivered an exciting draw at The Ragg on Sunday afternoon. And, the result keeps both clubs in the frame for qualification for the knock-out stages of the competition.

Entering the contest Loughmore-Castleiney were under the greater pressure to produce a result after being held to a draw in their opening game against Burgess while a Nenagh Éire Óg victory would almost certainly have ensured their on-going involvement in the competition after a win first time out over Upperchurch-Drombane.

On paper this was a clash that would do justice to a county final and it lived up to its billing with Mikey Heffernan grabbing an injury time equaliser for the Nenagh lads after points by John and Aidan McGrath looked to have forced Loughmore over the line.

It was thrilling stuff and thoroughly enjoyed by a large gathering of supporters - the outcome and the performances leave both clubs facing into the closing round with optimism.

Loughmore were quickly into their stride with four unanswered points in five minutes, but Nenagh Éire Óg settled, thanks mainly to Mikey Heffernan’s free-taking, and with the interval approaching they were within two points of their rivals (0-8 to 0-6).

A typical Loughmore move then saw Noel McGrath set up brother John and the inter-county man blasted home a fine goal. Nenagh replied with points from Mikey Heffernan and Daire Quinn to leave a goal in it at the break (1-8 to 0-8).

The contest resumed much as it had finished before the break, but then five unanswered points in as many minutes coming to the end of the third quarter saw Nenagh catch their rivals and edge in front with Jake Morris now beginning to have a big influence. Mikey Heffernan (two), Jake Morris (two) and Tommy Heffernan were the marskmen and the signs were ominous for Loughmore.

The Loughmore-Castleiney men rose to the challenge with the McGraths to the fore. The sides were level by the 52nd minute and again in the 56th minute, but Mikey Heffernan nudged Nenagh in front on the hour. In injury time John McGrath levelled and Aidan McGrath landed a great point to present Loughmore with the lead, but in the 64th minute Mikey Heffernan earned Nenagh the draw they deserved with an excellent equaliser.

To the unaligned it was a fitting outcome while supporters on both sides will argue about chances let slip and there is no denying the possibility that this pair could yet contest the Dan Breen Cup final later this year.

Loughmore’s second point in the series is important as they entertain Upperchurch next time out with a win essential to ensure their place in the knock-out stages.

This was a typical Loughmore performance - they showed great belief in themselves even when things weren’t going too well and while they might be disappointed at being caught late overall they can have no complaints. John Meagher, Lorcan Egan, Joseph Hennessy and the McGrath contingent all contributed handsomely to the performance.

As a barometer of their standing at present, this outing will give Nenagh Éire Óg great heart and while they may have been a shade fortunate to grab the late draw it was no more than they deserved - a fitting reward for an excellent second half display after being a trifle subdued initially.
Jake Morris was their top man in the second half, but Mikey Heffernan, Barry Heffernan, Daire Quinn, Conor Ryan and Conor McCarthy all had big games too.