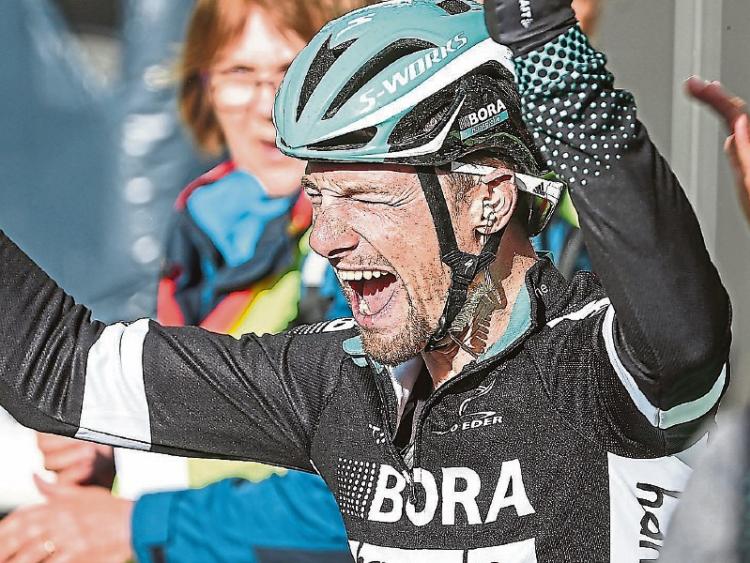 Second stage win in the Vuelta for Sam Bennett

Tipperary's Sam Bennett took his second victory of this year's Vuelta a Espana as he won a crash-affected stage 14 in Oviedo.

An incident in the final kilometre of the 188km stage from San Vicente de la Barquera saw dozens of riders hit the deck and ended the challenge of a host of sprinters.

But the Bora-Hansgrohe rider Bennett from Carrick on Suir avoided the chaos to comfortably beat Maximiliano Richeze to the finish line and claim a fifth grand tour stage victory of his career and his second in this year's Spanish classic.

After the win, Bennett told his team's official website: "First and foremost, I really hope the guys that came down in that crash are okay.

"Today was the first time in a while on this race that the sprinters had an opportunity for a fast finish. The win means so much to me.

"Win number 13 - my lucky number. I want to say a huge thank you to the guys for working so hard for me.

"They controlled the race all day and made sure the break didn't make it to the line again on this race.

"Let's hope win number 13 brings even more luck our way. Morale is super high in the team and I'm grateful to everyone for making today's win possible."