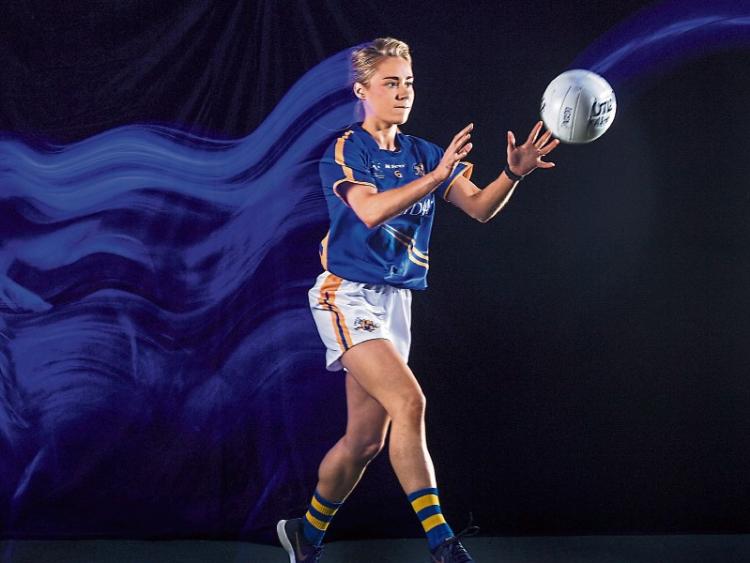 Manager Shane Ronayne and captain Samantha Lambert have two targets on Sunday - firstly to win the All Ireland intermediate title and secondly to return to senior ranks.

But both know you cannot have the second without the first so the entire concentration is on the game.

“We want to be back playing senior football but unless we do the business on Sunday we won't be. But if the team put in the performance they will get there”, he remarks.

He is happy with his preparations since the semi-final win over Sligo.

“The  girls went back to their clubs to play championship and  I think that was a good idea.

“We have tried to iron out a few mistakes we made in the semi-final, done video review, but there are still things to work on, we will never be perfect.

“But the squad is extremely strong and the strongest we have ever had going into a match.

“Everyone is back apart from a couple of longterm injuries and Orla O'Dwyer is  back from the camogie.

“Everyone is  raring to go. Ten or eleven of the team pick themselves and there's a scrap on for three or four jerseys.  We are very settled but there's  serious competition for places”.

Ronayne is mustard keen for Tipperary to return to senior ranks following the run in last year's championship and their experience against the big teams in this year's Division One league campaign.

They acquited themselves well in last year's championship and were unlucky to be relegated and weren't out of their depth at the top table in the league.

And they did all this playing an attractive brand of football.

He says - “We like to play expansive football. We played attractive football in the league, didn't sit back against any team, and were third  highest scorers in Division 1 which was a phenomenal achievement.  Only Cork and Dublin scored more than us.

“We didn't go out with a negative attitude, we went out to take on teams.

“We then brought that into the championship and put up some massive scores.

“We have conceded as well but we are playing entertaining football.

“ I  would prefer to lose in a shoot out than lose by a point after playing defensive football.

“We won't lose a dour game, we will go for it and express ourselves.

“We work from corner backs out and our two corner backs scored two of the best goals I have seen in a club game.

“I hope they go out to express themselves and if they do that we should be in a good place at the final whistle”.

She states -“ We should be in senior football and were well able to compete against al the top teams in Division One in the league.

“We were within three to four points against senior finalists on Sunday, Galway, and were not happy with our display that day.

We also did  well against Cork who were All  Ireland champions recently”.

But the Ardfinnan woman says they  cannot look past Sunday's final first. Tipp played Meath in Ardfinnan in the first round of the championship  and scored three early goals that set them up for the rest of the game.

“They were also missing a few players that day so  we are under no illusions about the challenge facing us”, says Lambert, who comes from a family steeped in football tradition in the 'village'.

The captain says she got goosepumps thinking of emulating Seamus Callanan and walking up the Hogan Stand steps to accept the cup.

“It would be huge if we could add the ladies title  to the senior and u-20 hurlers”.