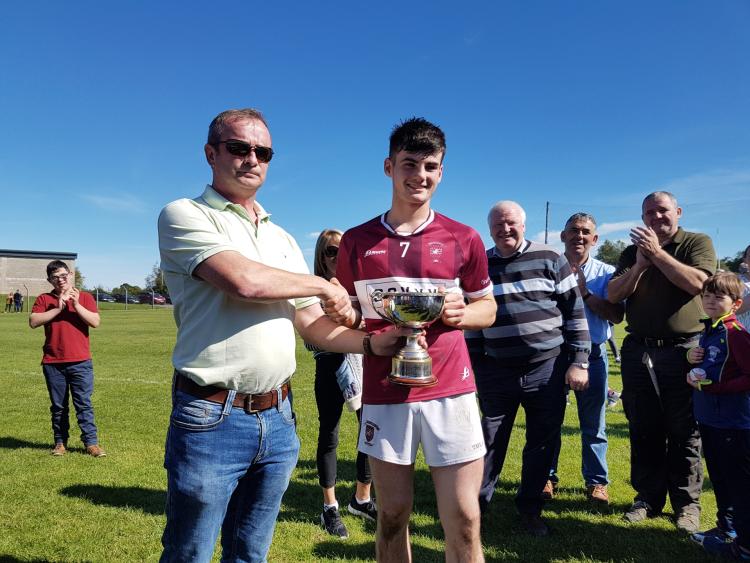 An excellent Borris-Ileigh team cruised to a nine-point Ger Gavin North Tipperary Minor B Hurling Championship final win over Borrisokane at St Michael’s Park in Toomevara on Saturday afternoon - Borris-Ileigh proved themselves the far more accomplished side in this contest and led by fourteen points with five minutes to play when their opponents managed to plunder three late goals.

JD Devaney (1-8 from play), Eddie Ryan (0-5 from play), John McGrath, Kevin Ryan and Dan Ryan were all in terrific form for a Borris-Ileigh team which led by nine points at the break (1-15 to 1-6). Borrisokane were certainly valiant in their response to the challenge, but they were out-classed on this occasion even though the quality of both Oisín Larkin and Conor Ryan (0-7 from play) shone out.

The prevailing pattern of the game was set early on when Borris-Ileigh raced into a 0-6 to 0-3 lead inside the opening thirteen minutes. Indeed, man of the match JD Devaney already had 0-3 notched when Oisín Larkin landed a brilliant point for Borrisokane.

Ten more minutes would then elapse before Borrisokane would add to their tally while Borris-Ileigh surged five clear (0-10 to 0-5) thanks in no small part to Kevin Maher’s dominance at centre-back and Dan Ryan’s growing influence as a ball winner.

Although Borrisokane were playing with an extra man in defence Borris-Ileigh led 0-14 to 0-5 with twenty-eight minutes on the clock. Borrisokane needed a little encouragement and found it when Oisín Larkin fired over a point and then Cian O’Meara flicked home a Conor Ryan cross in the 29th minute (0-14 to 1-6).

Approaching half-time Borrisokane were right back in it, but almost immediately JD Devaney broke their hearts with 1-1 in first half injury time. Two Devaney shots were saved during the opening half, but Borrisokane ‘keeper Luke Gleeson could do little about an absolute rasper from the Borris-Ileigh star in the 31st minute. 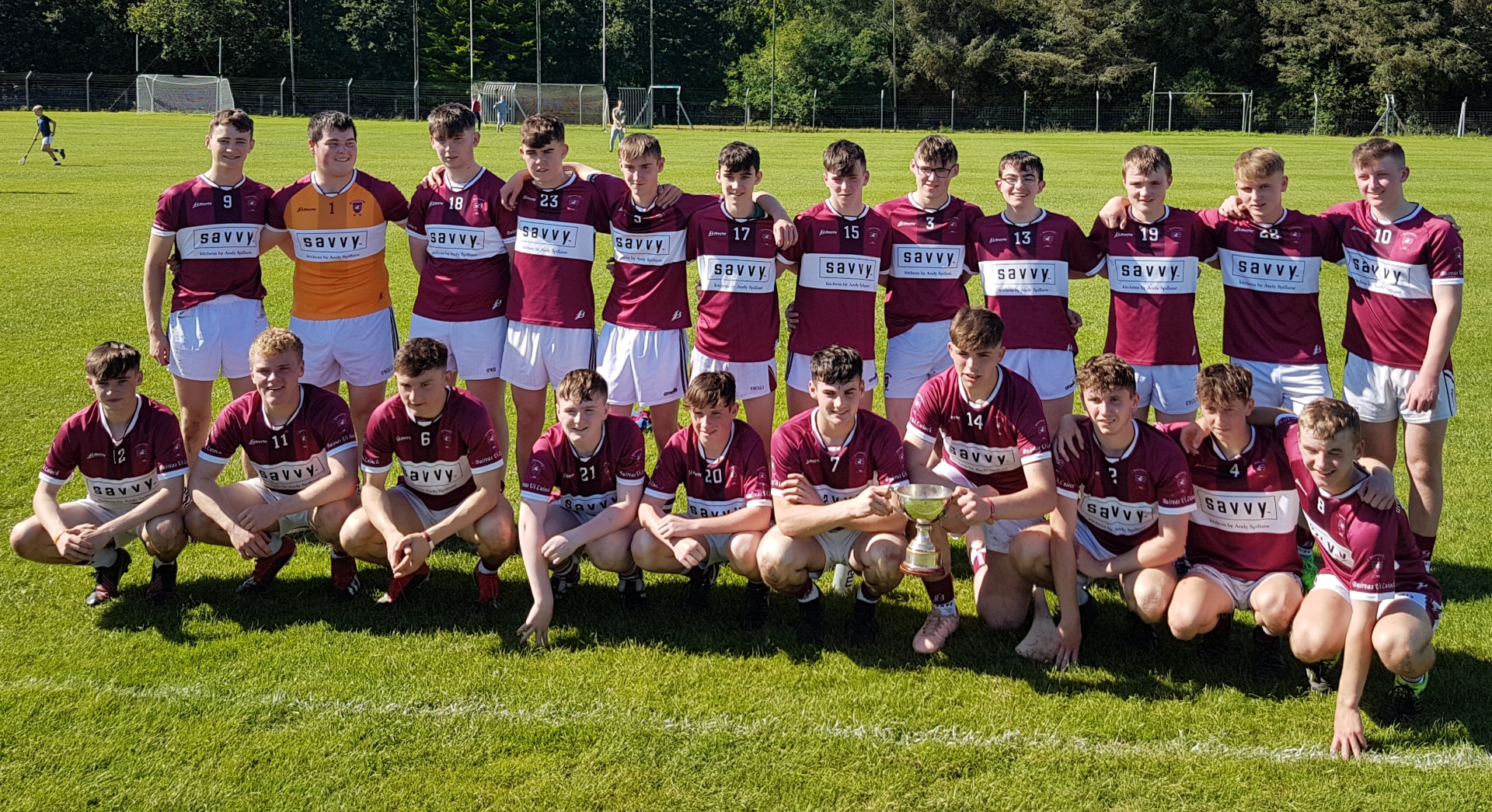 During the third quarter Borris-Ileigh out-scored their opponents 0-7 to 0-3 to leave thirteen points between the sides. By this juncture Conor Ryan was playing particularly well for Borrisokane, but his input was off-set by a Borris-Ileigh team who appeared capable of scoring at will. Indeed, Borrisokane ‘keeper Luke Gleeson did well to save from JD Devaney and Dan Ryan during this period (1-22 to 1-9).

Borrisokane rallied when out-scoring Borris-Ileigh 0-5 to 0-1 during their most dominant period of this final (Conor Ryan contributed three smashing points), but still trailed by eleven with seven minutes to play (1-24 to 1-13).

Páraic Ryan set-up Cathal Hogan for a second Borris-Ileigh goal in the 54th minute, but Borrisokane hit back with one of their own seconds later when Jack Mahoney scooped home the rebound after ‘keeper Darragh Quigley did well to save an Oisín Larkin effort.

The concluding minutes of this contest featured a plethora of goal-scoring chances. Daniel Ryan fired home Borris-Ileigh’s third goal in the 56th minute while Borrisokane hit back with three-pointers which arrived courtesy of Oisín Larkin (21-yard free) and Dylan Slevin. Indeed, facing into the county semi-finals the Borris-Ileigh management team will be concerned to learn that their side also coughed up further goal chances of note to Cian O’Meara (three), Kevin Cleary and Oisín Larkin.